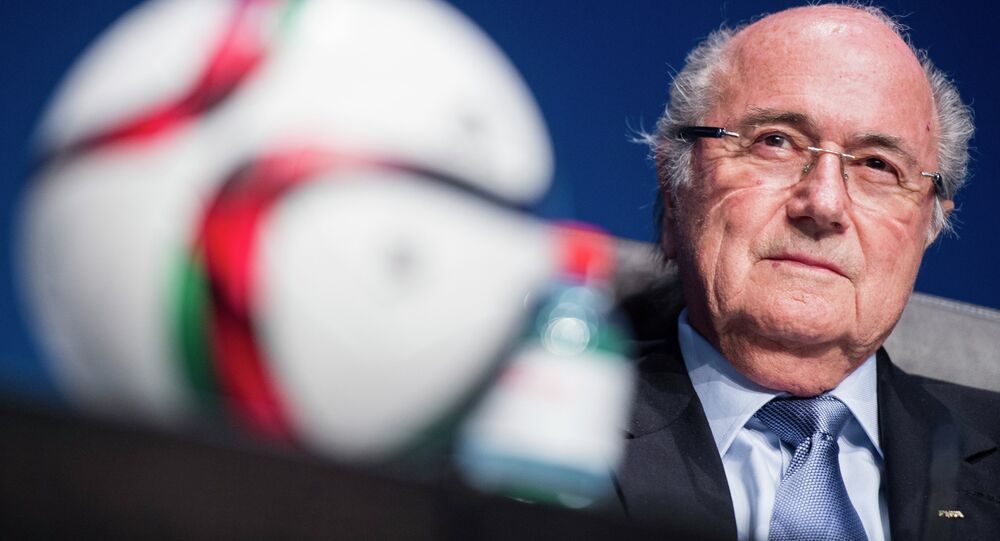 Switzerland May Question Blatter in Relation to FIFA Corruption Case

According to the attorney general, 53 cases of money laundering and 104 cases of suspicious bank account activity are currently being investigated in relation to the allocation process of FIFA World Cup tournaments for 2018 and 2022 to Russia and Qatar respectively.

© Flickr / marcokalmann
Swiss Banks Suspect Money Laundering Activities Around FIFA Accounts
Switzerland launched a criminal investigation on suspicion of criminal mismanagement and money laundering in connection with the 2018 and 2022 bids on May 27.

On the same day, the US Department of Justice charged 14 people — including nine senior FIFA officials — with racketeering, money laundering and taking $150 million in bribes.

Blatter resigned amid the scandal, four days after he was re-elected to a fifth term.