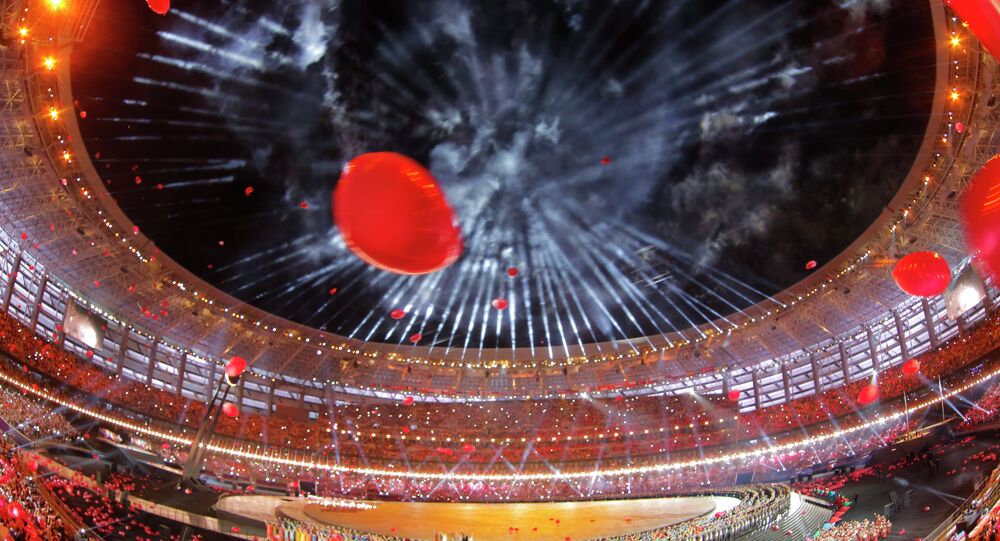 BAKU (Sputnik) — The opening ceremony of major sports event was held in the Azerbaijani capital Baku on Friday. The pan-continental multi-sport event will take place over two weeks until June 28.

"The costs of the preparing and holding the opening ceremony of the first European Games amounted to slightly more than 100 million manats [$100 million]. Some bills have not yet been paid, and the final figures can be announced only in the wake of the European Games," Rahimov told journalists.

© REUTERS / Stoyan Nenov
Putin Arrives in Baku to Attend First European Games Opening Ceremony
The Azerbaijani minister also said that the preparation and holding of the European Games' opening ceremony had been the result of a two-year hard work of many domestic and foreign specialists.

The opening ceremony was held in Baku’s Olympic Stadium. The spectacular show represented a celebration of Azerbaijani culture, reflecting Baku’s role in modern Europe. The show was directed by Greek stage director Dimitris Papaioannou, who also choreographed the opening ceremony of the Athens 2004 Olympics.

The European Games bring together some 6,000 athletes from 50 European countries. A total of 20 sports, encompassing 30 disciplines, have been confirmed for the sports event in Baku. Of those, 16 are Olympic sports.