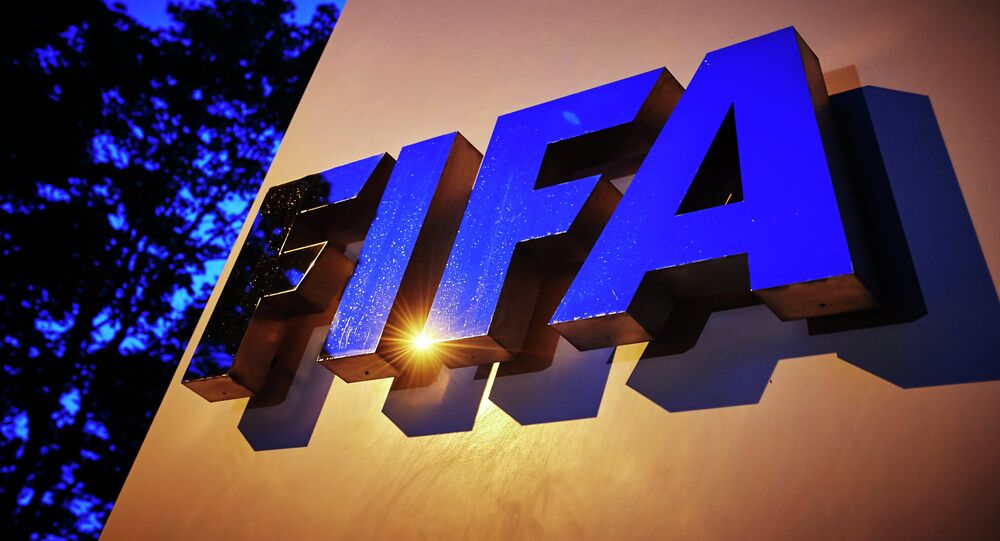 Russia and Qatar's hosting rights for the 2018 and 2022 World Cups has "no legal grounds" to be revoked, the Federation Internationale de Football Association (FIFA) said on Monday.

© AFP 2020 / NICHOLAS KAMM
Obama Says FIFA Should Operate With Integrity, Accountability
MOSCOW (Sputnik) – FIFA is battling several corruption allegations, including a US and Swiss investigations into the two upcoming international competitions in Russia and Qatar.

"Based on expert opinions and available facts, FIFA has no legal grounds to take away the hosting of the FIFA World Cup from Russia and Qatar," CNN cites the world football governing body as saying in a statement.

The statement comes a day after FIFA's compliance chief told Swiss newspaper Sonntags Zeitung that the awards could be annulled should evidence emerge of alleged bribery surrounding the selection process. So far, Domenico Scala said, the evidence has not been provided.

"Russia and Qatar were awarded the 2018 and 2022 FIFA World Cups by democratic vote of the Executive Committee," FIFA's statement continued, declining to make further comments.

The FIFA scandal has gained steam with two additional allegations emerging on Monday and over the weekend.

Taped conversations uncovered by The Sunday Times newspaper on Sunday claimed FIFA rigged the 2010 World Cup in favor of South Africa, despite an ostensible victory by Morocco.

Blatter was reelected to his fifth term on May 29, but announced his resignation four days later.

Adidas May Cancel Contract With FIFA Amid Corruption Scandal