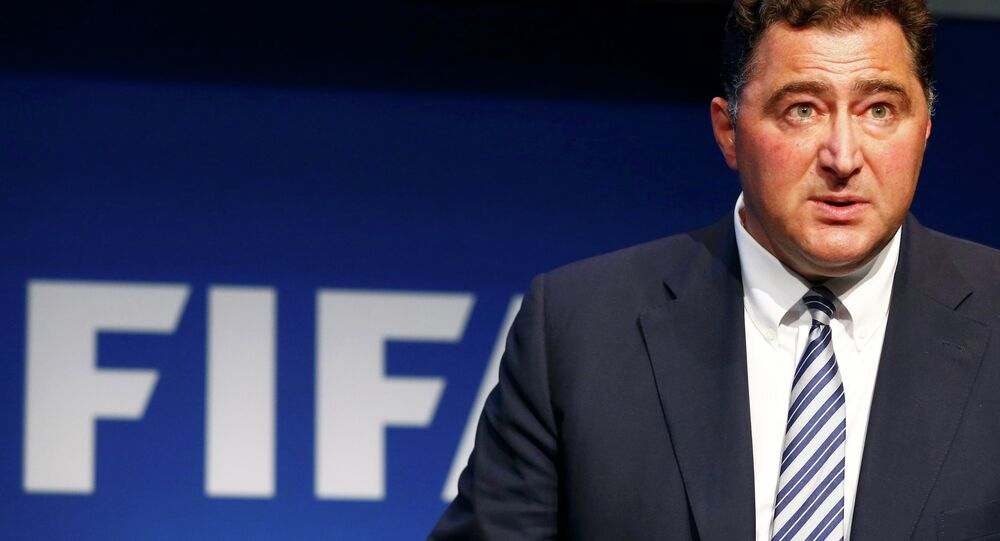 Evidence does not show that the 2018 and 2022 World Cups in Qatar and Russia were awarded as a result of bribery, FIFA compliance chief Domenico Scala said Sunday.

© Fotobank.ru/Getty Images / Sean Gallup
G7 Leaders to Use Bavaria Summit to Discuss FIFA Corruption Scandal - Tusk
MOSCOW (Sputnik) – US and Swiss authorities are investigating the selection process of World Cup host countries, including Russia and Qatar. Both countries have denied any wrongdoing in the bidding process.

"If evidence exists that awards to Qatar and Russia were given through bought votes, then the award could be annulled. This evidence has not been provided," Scala told Switzerland's Sonntags Zeitung.

The US Department of Justice charged 14 people — including nine senior FIFA officials — with racketeering, money laundering and $150-million bribes and kickbacks last Wednesday. Seven of the officials were arrested at an annual conference in Zurich the same day.

Scala said he knew nothing of the ongoing investigation.

"An investigating authority can investigate anyone without their knowledge — theoretically against you as well," he told the daily.

Scala told the Swiss daily he is working on a set of reform proposals "autonomously" from Joseph Blatter, the recently reelected five-term FIFA president who announced his resignation earlier this week.