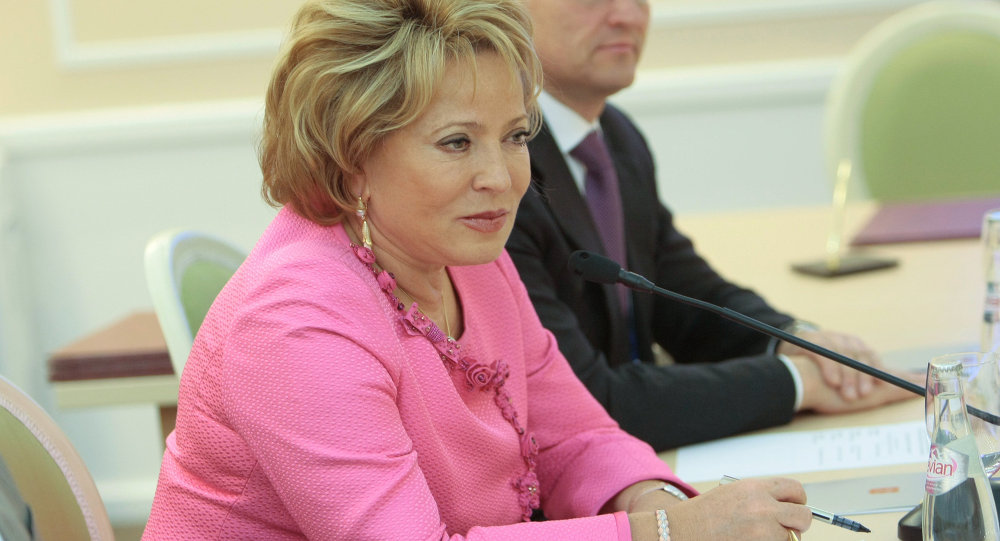 Blatter Resignation is No Risk to Russian World Cup - Lawmaker

FIFA President Joseph Blatter’s decision to resign does not increase the risk of the 2018 World Cup in Russia being canceled, Valentina Matviyenko, speaker of the Russian parliament’s upper house, the Federation Council, said Wednesday.

"There are no reasons – either legal or other – to raise such an issue. FIFA made a lawful decision and, I’m sure, it will not be changed."

She added that if there had been grounds for stripping Russia of its right to host the World Cup in 2018, they would have been articulated by now.

"The situation is just getting whipped up due to anti-Russia sentiment," Matviyenko said.

© AFP 2019 / BRENDAN SMIALOWSKI
McCain: FIFA Remains to Be Cleaned Up Following Blatter Resignation
The speaker said Blatter had decided to resign under duress, noting that he had contributed greatly to the development of football around the world.

On Tuesday, Blatter announced his resignation as FIFA president just four days after he was reelected. He will remain in office until a new election is held.

The reelection itself took place two days after seven high-ranking FIFA officials were arrested on May 27 in Switzerland on corruption charges at the request of US authorities. Switzerland has also launched a separate investigation into the selection process whereby Russia and Qatar were chosen to host the 2018 and 2022 World Cups respectively.

Russia Vows to Fulfill All Commitments on 2018 FIFA World Cup