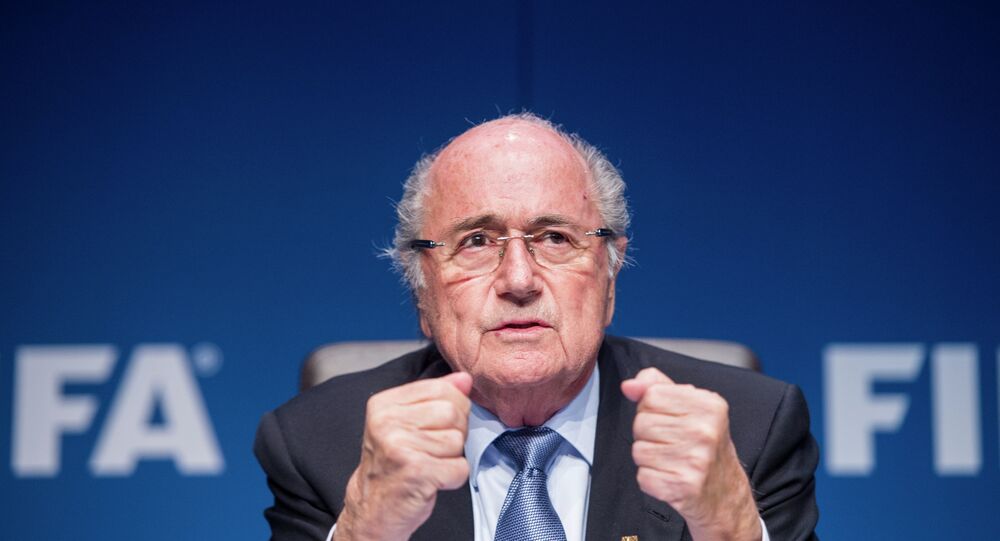 Timing of FIFA Arrests Ahead of Presidential Vote ‘No Coincidence’

Newly re-elected FIFA chief Joseph Blatter said that the United States is the number one sponsor of Jordan and Prince Ali Bin Hussein, who was Blatter’s only rival in Friday's FIFA presidency vote.

On Wednesday, seven FIFA executives were detained in a Swiss hotel under a US anti-corruption warrant as a total of 14 world football figures were indicted by the US Justice Department on charges of money laundering, wire fraud and racketeering.

"There are signs that do not lie: the Americans were candidates for the World Cup 2022 and they lost," Blatter told the Swiss RTS television channel.

He added that the United States is the number one sponsor of Jordan and Prince Ali Bin Hussein, who was Blatter’s only rival in Friday's FIFA presidency vote.

© AP Photo / Ronald Zak
FIFA Boss Blatter Avoids Media Questions on Corruption Scandal
"If the Americans have to do with money or criminal offenses which relate to North and South American citizens, they should arrest them there, but not in Zurich during a congress," Blatter said.

Earlier on Saturday, Blatter avoided answering question on the corruption scandal, which massively tainted the image of the world’s most popular game, as the 79-year-old faced journalist for the first time after being re-elected for his fifth term in office.

FIFA President Hits Back at US Accusations of Corruption