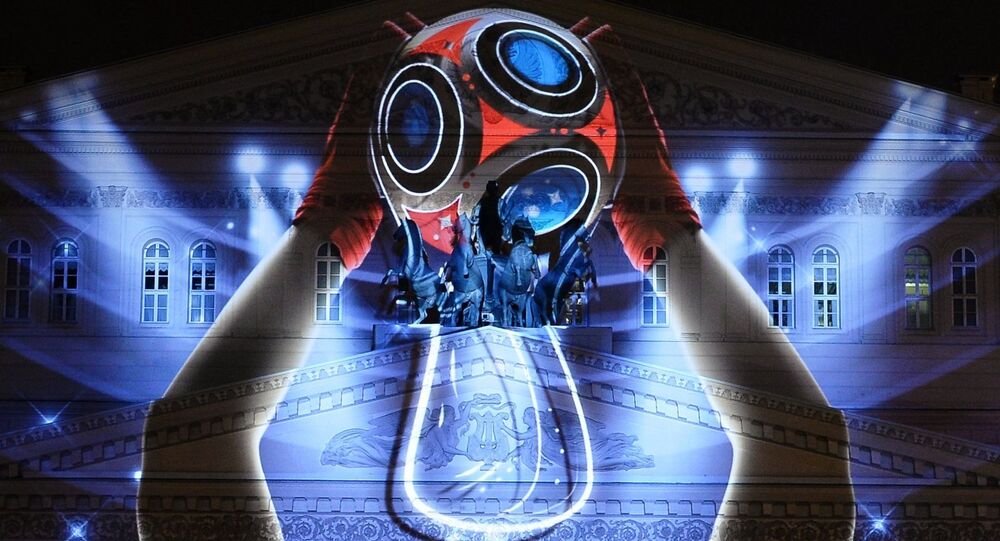 As the leaders of FIFA's 209 Member Associations meet to vote on who will lead the organization for the next four years, European officials have been accused of trying to hold FIFA to ransom amid suggestions they will boycott the 2018 World Cup in Russia if Sepp Blatter is re-elected as president.

With Blatter expected to win re-election for a fifth term at the helm of sport's most powerful body, many sporting and political officials have publicly called for the 79-year-old Swiss to stand down following the arrest of nine past and present FIFA officials, over corruption claims, and a separate investigation being set up to review the awarding of the 2018 and 2022 World Cups to Russia and Qatar respectively.

Leading the charge was Michel Platini, former French World Cup star and head of Europe's football confederation (UEFA), who called on Blatter to resign, saying he was "disgusted" and "sickened" by the corruption allegations.

Platini also suggested that UEFA could consider boycotting the 2018 World Cup in Russia, if the Swiss is re-elected.

"With everything that happened recently, enough is enough. Many people have had enough.

"We will surely have a meeting in which we will be open to all options. If Mr Blatter wins, UEFA will meet in Berlin to discuss the future of our relations with FIFA."

Michel Platini: "If Mr Blatter wins, Uefa will meet in Berlin to discuss the future of our relations with FIFA." pic.twitter.com/0wqcpG2okj

"If you could pull UEFA out, that might have an impact. If Blatter gets re-elected, then that should be discussed.

Dyke’s comments come as the UK serious fraud office say they are "actively assessing material in its possession and ready to assist international criminal investigations" in relation to the FIFA scandal.

Along with UEFA, the football confederations of the US, Canada, Australia and New Zealand have also spoken out against Blatter, saying they would vote Blatter's rival, Jordanian Prince Ali Bin Al-Hussein.

Despite the vehement criticism coming from the majority of western football nations, Blatter enjoys healthy support across the rest of football's confederations, where he is credited for spreading the game away from its traditional power base.

This was seen in the decision to award the World Cup to South Korea and Japan in 2002, South Africa in 2010, and of course the controversial decision to give Qatar hosting rights for the 2022 tournament.

#Nigeria FA boss Amaju Pinnick: "We'll vote for Blatter. He makes all the small countries as important as the big ones."

Amaju Pinnick, president of the Nigerian Football Association, said he would continue to back Blatter in the FIFA congress vote, rebuffing suggestions of a boycott, while labeling the UEFA stance on the issue as "too extreme."

"A World Cup without [Europe], it would be regrettable. But I assure you, it will go on."

Following the US-led investigation that resulted in the arrest of FIFA officials on Wednesday, many skeptics had suggested the timing of the raids — which came one day before FIFA's congress — was part of a strategic political plan to undermine the position of Sepp Blatter as FIFA boss, and subsequently, Russia's plans to host the 2018 World Cup.

"The Obama people want to knock FIFA President Joseph Blatter off because he was Director of FIFA when they awarded the 2018 World Cup to Russia."

He said the allegation surrounding the investigation had led many to question Russia's right to host the 2018 event.

© AP Photo
The Politics of Football: US Accused of Hidden Agenda Over FIFA Arrests

"It has already tarnished the 2018 World Cup and could provide a pretext for the United States and the European states to launch a boycott," he said, noting that it was the same approach taken by the US administration in the lead up to the Sochi winter Olympics.

"Obama used that as the timing to launch is coup d'état against Yanukovych in Ukraine to spoil the Olympics for Russia."

Sepp Blatter, in his speech to the FIFA congress also addressed the issue, suggesting that the western criticism of FIFA was a means of expressing their anger at the decision to award the upcoming World Cup hosting rights to Russia and Qatar.

The corruption charges surrounding FIFA officials and the speculation on Blatter's future have also provided a smokescreen for another important topic at the FIFA congress — a vote on whether to ban Israel from world football, following a complaint from Palestinian authorities that Israeli teams were based on occupied territories.

"FIFA is supposed to meet on Friday to sanction Israel over the atrocious way it has treated Palestinian soccer [football] players for years, and it looks as if they'll probably be suspended. This [FIFA corruption charges] might discombobulate that entire process," Francis Boyle told Sputnik.

The decision on who will be FIFA's president for the next four years is expected later this afternoon.