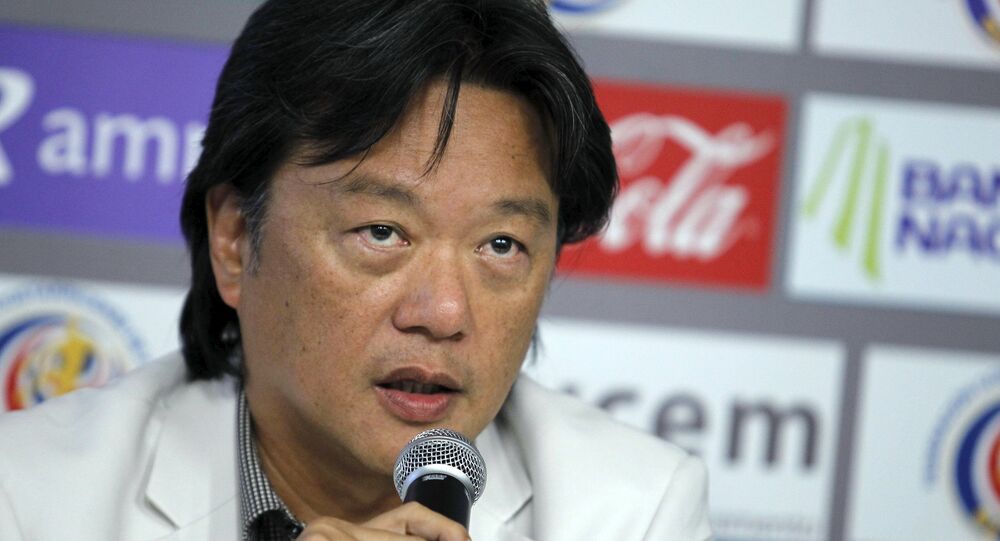 Top executives of the Confederation of North, Central America and the Caribbean Football Association (CONCACAF) are temporarily being dismissed following the FIFA corruption scheme revelations, CONCACAF announced in a statement on Thursday.

WASHINGTON (Sputnik) — On Wednesday, the US Justice Department (DOJ) unsealed an indictment charging 14 defendants — among them top FIFA and CONCACAF executives — with racketeering and money laundering. Seven of the defendants were arrested in Zurich at the request of the US authorities.

“In accordance with the Confederation’s Statutes, the Executive Committee provisionally dismissed Jeffrey Webb and Eduardo Li, and — also in accordance with its Statutes — named Senior Vice President Alfredo Hawit as CONCACAF President,” the statement read.

© Sputnik / Alexei Danichev
'It's Not You': FIFA Case Not About World Cup in Russia – US Embassy
“While we are profoundly disappointed by the allegations made by authorities that again, CONCACAF has been the victim of fraud, we remain committed to CONCACAF’s goal to develop, promote and manage the game of soccer,” newly appointed CONCACAF President Alfredo Hawit said in the statement.

Hawit stressed that the confederation will continue to “cooperate with the ongoing investigation by governmental authorities, which have not placed any restrictions on our ongoing activities.”

CONCACAF also said that it has appointed Victor Montagliani of the Canadian Soccer Association, Justino Compean of the Mexican Soccer Federation and Sunil Gulati of US Soccer Federation to a Special Committee to oversee the confederation's business operations amid the DOJ indictment.