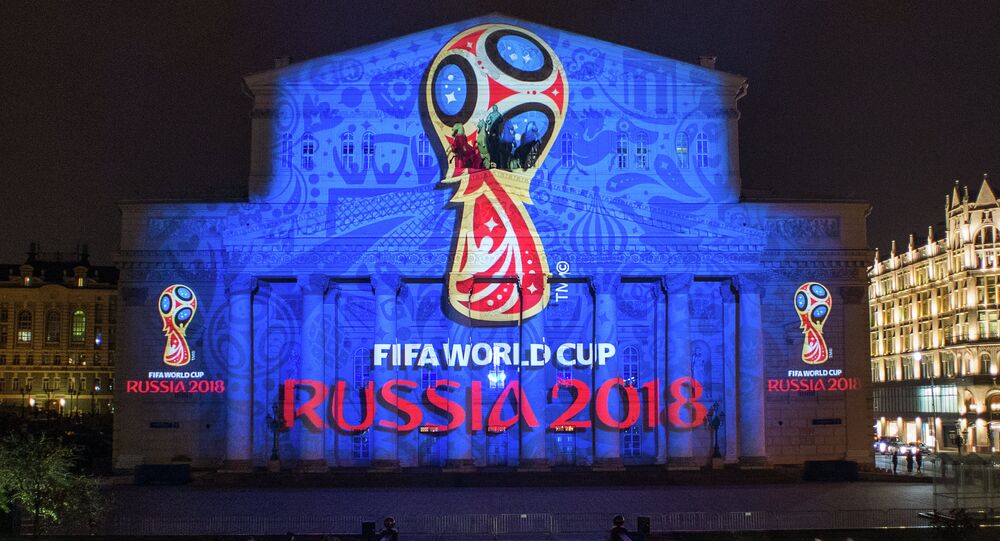 Russia has won its right to host the 2018 FIFA World Cup in a fair competition and is ready to hold the events at a level "not worse" than other countries, Russian Sports Minister Vitaly Mutko said Thursday.

ZURICH (Sputnik) — On Wednesday, the US Justice Department indicted 14 individuals, including nine high-ranking FIFA officials, on corruption charges. Later that day, Swiss authorities launched a probe into alleged wrongdoing linked to the selection of Russia and Qatar to host the FIFA World Cup in 2018 and 2022 respectively.

"It is possible that someone does not want to see a strong Russia, but we are ready to hold the world football championship as early as tomorrow, and [do it] not worse than England [could have done]. We did not offend anyone and won our right in a fair way," Mutko told journalists.

© REUTERS / Eduardo Munoz/Files
Follow the Money: Major US Banks at the Heart of FIFA Corruption Scandal
Russia was selected to host of the 2018 World Cup in a December 2010 FIFA announcement. England was among countries competing for hosting rights that year.