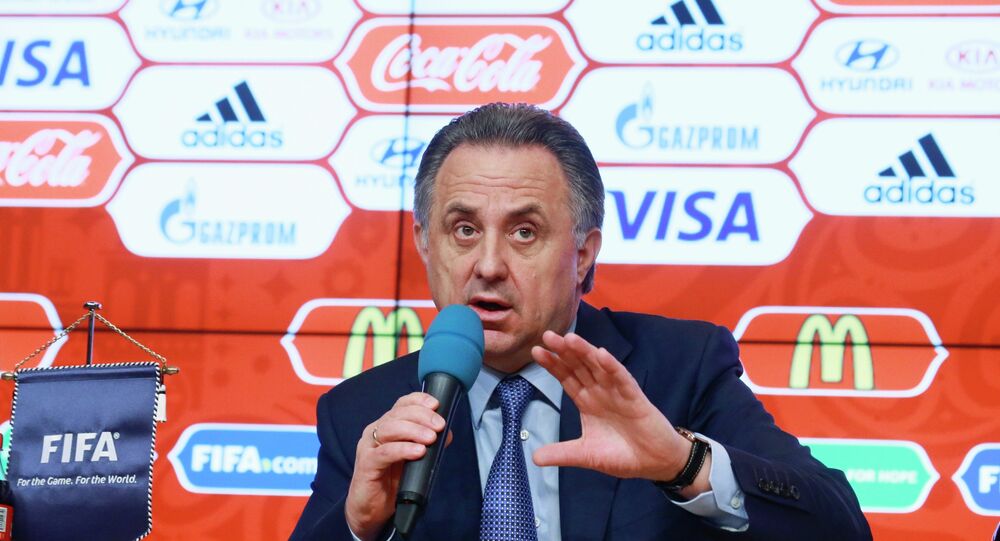 No Plans to Bid for 2024 Summer Olympics – Russian Sports Minister

Russia’s sports Minister Vitaly Mutko said that Russia has no plans to take part in the bidding for the Summer Olympic Games in 2024.

© Sputnik / Alexei Danichev
Nearly 400 Russian Athletes to Take Part in 2016 Summer Olympics
MOSCOW (Sputnik) – Russia has no plans to bid for hosting the 2024 Summer Olympic Games as it needs to focus on preparing for the 2018 FIFA World Cup instead, Russian Sports Minister Vitaly Mutko said Wednesday.

St. Petersburg governor Georgy Poltavchenko said last year that Russia's second largest city, which has about 70 percent of the infrastructure needed for the Olympics, may bid for the Summer Games during the upcoming bidding campaign.

"So far, Russia has no plans to take part in the bidding for the Summer Olympic Games. We held the Winter Games in Sochi and our main task at present is to hold the FIFA World Cup in 2018 and the Universiade in Krasnoyarsk in 2019. In 2020, St. Petersburg will host games of the UEFA Euro 2020," Mutko said.

The National Olympic Committees have until mid-September to send in their applications for hosting the 2024 Summer Games.

© Sputnik / Alexei Druzhinin
Preparation for 2018 World Cup in Russia Flawless - FIFA President
Russia, or the USSR before it, held its only Summer Games in 1980 when the showpiece event arrived in capital Moscow.

Russia is currently preparing to stage a host of high-profile sporting events, including the 2015 World Aquatics Championships, to be held in the city of Kazan this summer, the 2018 FIFA World Cup and the country's first-ever Winter University Games, scheduled for March 2019 in Krasnoyarsk.

Russia saw off the rival bids by a number of European countries, including England, to secure the 2018 FIFA World Cup, which will be held in 11 cities across the country.

St. Petersburg is set to host the qualifying draw for the world's top footballing event in July.

St. Petersburg is also one of the 13 cities in 13 different countries to stage matches of the 2020 UEFA European Football Championship.