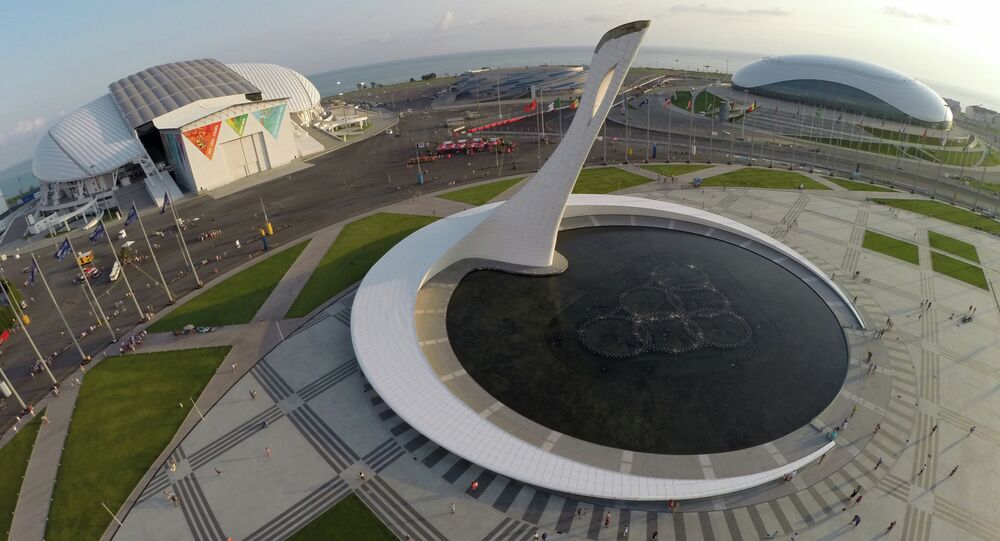 Olympic Legacy of Imereti Valley: From Ice Hockey to Formula-1

One year after the Sochi Olympics, R-Sport analyzes the legacy of the 2014 Games. Here we focus on the Olympic Park and its facilities.

Working on this report, our R-Sport correspondent had the chance to talk to Yelena Valbe, three-time Olympic champion and president of the Russian Cross-Country Skiing Federation. Speaking about the coastal cluster, Valbe assured us that, from this year, the Russian national cross-country skiing team will regularly use the Laura Ski and Biathlon Complex for training.

"It is an amazing place. Next year, we will be training there too, that's for sure. In winter, if not in summer. Because it's pretty high in the mountains. They are arranging affordable prices for professional athletes, too," the federation president said.

I would like to begin this feature with the premier winter sport. The disappointment of the Olympic ice hockey championship for Russian fans was as great as the legacy of the Bolshoy Ice Dome that hosted the ice hockey battles in Sochi. First and foremost, Sochi fans now have their own Kontinental Hockey League club, Sochi, which now plays at this very arena. The beginning of the season was not a great success for the team but eventually, Sochi fought its way into the KHL playoff.

As difficult as it was to imagine that a coastal resort could become a first-rate Olympic capital, it is hard to believe that the Games will spur on ice hockey in the region. Luckily, Russia's dreams of victory finally came to fruition. Aside from the KHL, the Bolshoy welcomed the Russian national team again when it brightened the arena with its flawless Channel One Cup victory — the domestic stage of the Euro Hockey Tour. It should be noted that the victory broke a series of defeats by Finland in the tour, Russia's chief rival at the Sochi Olympics.

"Yes, I heard about the Channel One Cup at Bolshoy. Military clubs are thinking about organizing a world championship among the military – at least, there was an idea. That means some matches will take place at this complex, too, because it's part of the program. Ski jumpers, bobsledders and lugers are all training at those gorgeous sites," Valbe told R-Sport.

The KHL Stars Match to be organized at the Bolshoy in 2015 deserves a special mention as does the International Investment Forum that the arena hosted not only in autumn of 2014, but also before the 2014 Olympics.

When speaking about the Olympic legacy, many people think primarily about major tournaments and national level competitions taking place at the Olympic Park venues. The contribution of the Olympic venues to the development of sports in the country, including children's sports, is just as significant. The Shayba Arena, which now is a home to a national center for children's sports and fitness, is an excellent example of how to use the 2014 Olympics facilities.

"This event, I believe, is as historic as the Olympic Games that took place here recently," Sports Minister Vitaly Mutko said at the center's opening ceremony. "We hope that within a few years, the center will add more than just winter sports to its collection."

Established on the instruction of President Putin, the center welcomed its first children in July. The first intake included 125 young hockey players, 55 figure skaters and 20 short track skaters from the Krasnodar Territory, the Yaroslavl, Nizhny Novgorod and Sverdlovsk regions, and Moscow.

Valbe said that, "most importantly, children must have decent facilities to do sports." "Why do we keep saying that we have no good alpine skiers? Because I know that in Austria and the States, kids try alpine skiing from when they are two or three. They also have perfect conditions. And now our hockey players and figure skaters have an opportunity to train. Let children train and maybe eventually, Sochi will raise a future Olympic champion. Why not? Who else are we doing it for if not for the children?" the three-time Olympic champion said.

THE MORE CURLING THE BETTER

The Ice Cube is not just standing idle. Russian curling teams now have perfect training conditions and no longer need to spend periods abroad. The training sites in Moscow Region's Novogorsk and Sochi are there to minimize the costs of training outside the country.

Tournaments held in the Ice Cube deserve a special mention, both past and future: the Russian men's and women's championships, the Russian Cup, qualifying for the European championships. The European Deaf Curling Championships also took place at the arena between October 25 and November 1. In 2015, Sochi will welcome two world championships, mixed doubles and veteran curling.

FROM WINTER TO SUMMER GAMES

The Adler Arena, which hosted the speed-skating competition at the 2014 Olympics, is another confirmation that the winter Olympic facilities can double up as summer Olympic venues. Last September, a tennis academy opened at the arena that served as not only a training center but a venue for major tennis tournaments.

But even before the remarkable event, the Adler Arena hosted a Fed Cup tennis match between Russia and Argentina and the Russian Junior Freestyle Wrestling Championship. "We spent a lot of time thinking about how to make the best of the technologically advanced and simply beautiful facility in the center of the Olympic Park," Krasnodar Territory Governor Alexander Tkachyov said. "Sochi has decades of tennis history. We have a pretty good school here. That's why we decided to make it into the best tennis academy in the country."

"You know," Valbe said, "As long as these venues aren't occupied by some big markets, as long as they are used for sports, it doesn't matter if they are winter or summer sports. As for the coastal cluster, children there are more used to playing tennis although they understand they now have a chance to play ice hockey, too. It is still a little strange for them though."

The Iceberg Skating Palace has been put to good use too. In late 2014, it welcomed back the best Russian figure skaters for the Russian championship. There is a chance it will host the same tournament again next December. The Iceberg is also a popular tourist spot. Audiences have flocked to watch Ilya Averbukh's ice show. Figure skating is one of the most popular sports in Russia, which means the palace will never be abandoned.

Last August, our R-Sport correspondent was lucky to walk on the roof of the palace – mainly, to have a look at another landmark, the Formula-1 race track sprawls around the Olympic venues. This facility is another important part of the Olympic legacy.

During the Olympic Games, only a part of the Sochi Autodrom facilities was used. But the resume of the post-Olympic year cannot miss out the Russian Grand Prix. Royale Racing reaffirmed that Russia can be superb organize top-level competitions far beyond expectation. There is no doubt, the Fisht Stadium will be full for the 2018 FIFA World Cup and the audience will see an unforgettable show.