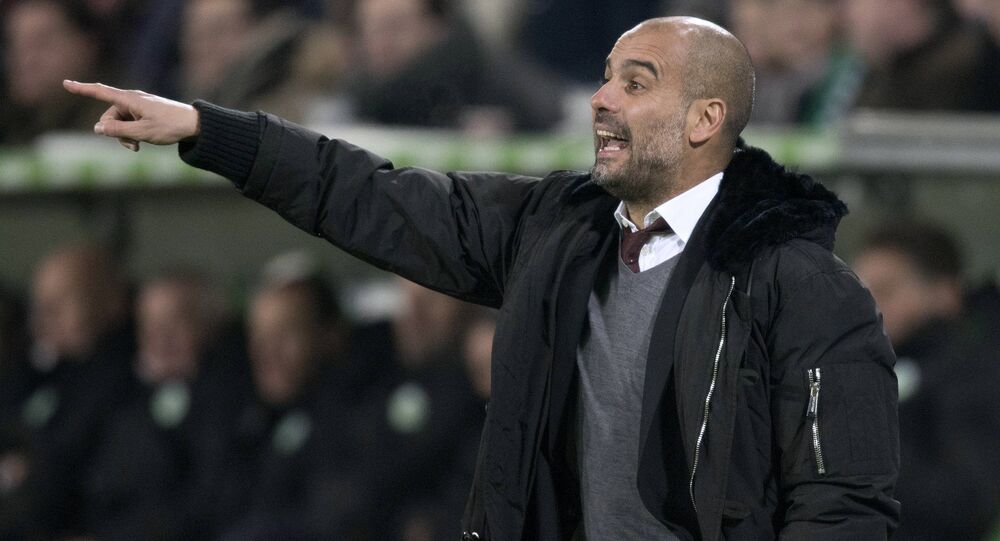 Bayern Munich has lost to Wolfsburg 1-4 in what became the team's first Bundesliga defeat of the season.

"Wolfsburg were better and scored their goals at just the right time. We need to analyze what's happened and focus on the next game," Guardiola said.

He was echoed by Bayern goalkeeper Manuel Neuer, who called on his teammates to work more.

"Obviously it's not a good restart for us. We expected a different outcome and went out there looking for it too. It's not a catastrophe, but we know we still have a lot to do," Neuer said.

Wolfsburg managed to prevail after two goals each from Bas Dost and Kevin de Bruyne, with Bayern only responding with Juan Bernat's strike.

Bas Dost, for his part, said that his club was lucky to get the better of Bayern, which won in the Bundesliga last year and has won more championships than any other team in the league since its founding in 1963.

"We waited for our chances and hit them at just the right time. I was a bit lucky with my second goal. We saw it through to the end brilliantly after halftime," Bas Dost said.

Meanwhile, Bayern players have only three days to recover before they host Schalke on February 3.

Despite Friday's humiliation, Bayern is continuing to take the lead in the Bundesliga, with Wolfsburg and Bayer Levkn in second and third place, respectively.