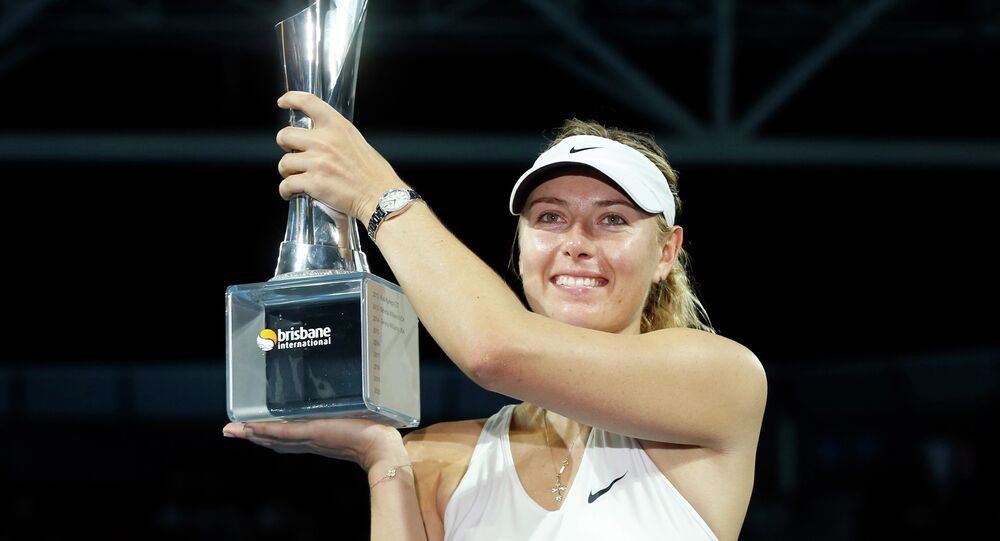 Maria Sharapova claimed her 34th career title with a win over Ana Ivanovic on Saturday in the Brisbane International final.

Sharapova seemed to be struggling in the beginning, giving away a set to Ivanovic, 6-7 (4-7). However, the 27-year-old Russian managed to come back, picking up a victory, winning 6-3 and 6-3 during the second and third sets, the Globe and Mail says.

“I’ve been trying to play this tournament for seven or eight years. But because of injuries and things I never actually made it until last year and I ended up losing in the semi-finals,” Sharapova told the crowd in Brisbane following her victory, as cited by the Australian.

The Brisbane trophy is Sharapova’s 34th WTA singles title and her fifth in the last nine months. The Russian has also won at least one title every year since she stormed into the tennis stardom in 2003, the Globe and Mail reports.

Sharapova made her way into the final of the Brisbane International by comfortably defeating Ukraine’s Elina Svitolina 6-1, 6-3 in the semi-finals on Friday. The 20-year old Ukrainian is regarded as one of the brightest young talents on the WTA tour, capable of upsetting anybody. Sharapova, however, steam-rolled through Svitolina with 35 winners during the match, Sydney Morning Herald reports.

With a week left until the Australian Open, a major tennis tournament held annually in January, Sharapova will be looking forward to repeat her success in Melbourne, where she will head straight from Brisbane to recuperate and prepare. She already won the Australian Open in 2008, beating none other than Ivanovic in the final, the Australian says.

Sharapova to Take on Kvitova for $5.4 Million in China Open Finals