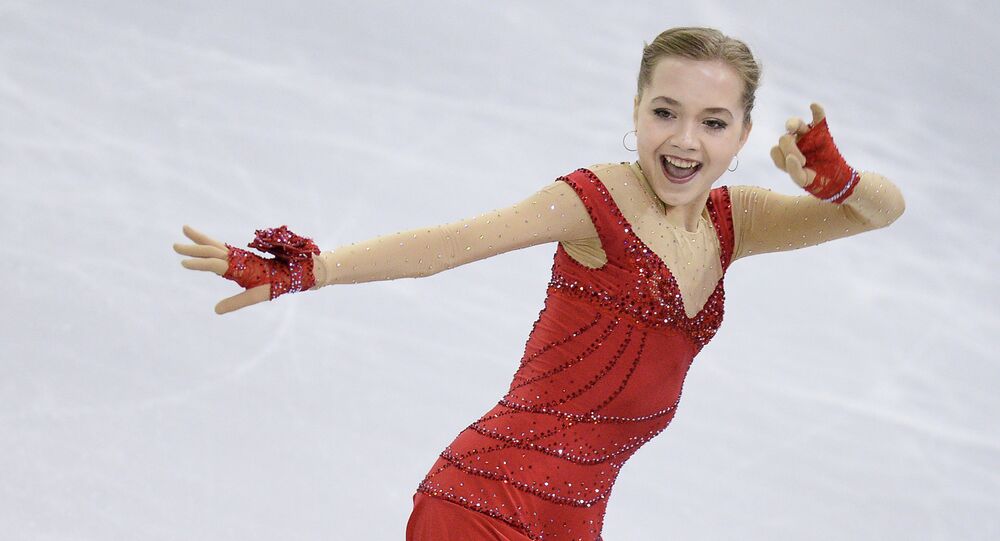 Tuktamysheva and Lipnitskaya took the lead, followed by Rodionova and Pogorilaya.

17-year-old Elizaveta Tuktamysheva ranked first in the ladies’ short program with a score of 67.52 points for her flawless performance to Ravel's "Bolero."

"I knew I was competing against the strongest girls in the world," Tuktamysheva said in a statement, cited by Idaho Statesman. "I was scared the smallest mistake would move me down so I had the motivation to skate clean," she added.

Lipnitskaya was followed by Elena Radionova and Anna Pogorilaya, who received 63.89 and 61.34 points, respectively, according to R Sport.