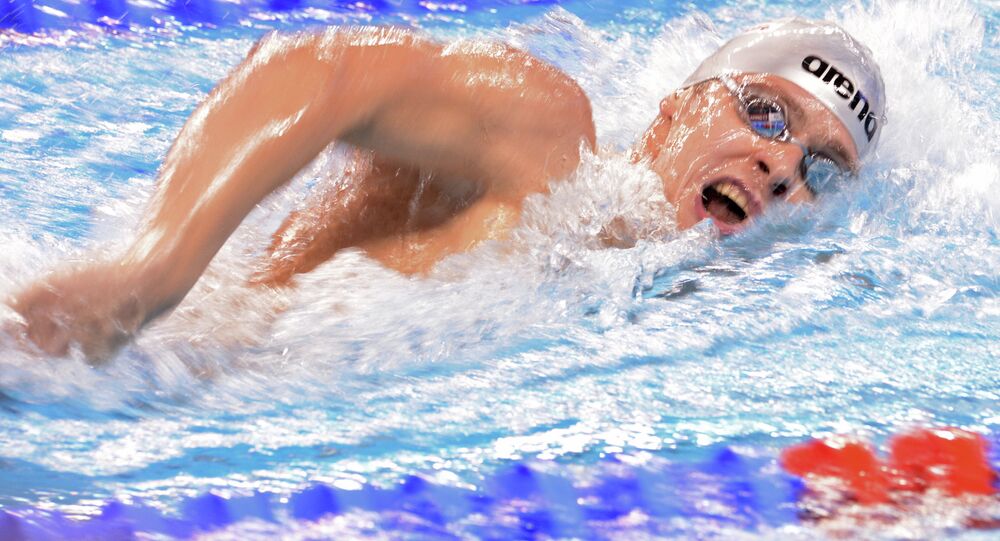 The Russian team gave a blistering performance to finish with a new world record of 1:32.78 in the men's 4x50m medley relay.

MOSCOW, December 4 (Sputnik) — Russian swimmers set a new world record in the men’s 4x50m medley relay, in the first event of the second day at the World Short-Course Swimming Championship in Doha, Qatar.

The Russian quartet of Stanislav Donets, Sergei Geibel, Alexander Popkov and Evgeny Sedov gave a blistering performance to finish in 1:32.78. The result cut 0.87 seconds off the mark set by Italy at last year’s European Short-Course Championships in Herning, Denmark.

It is the fourth world record of the meet, after Mireai Belmonte’s efforts in the 200m butterfly and 400m individual medley, followed by the Dutch women in the 4x200m freestyle relay.