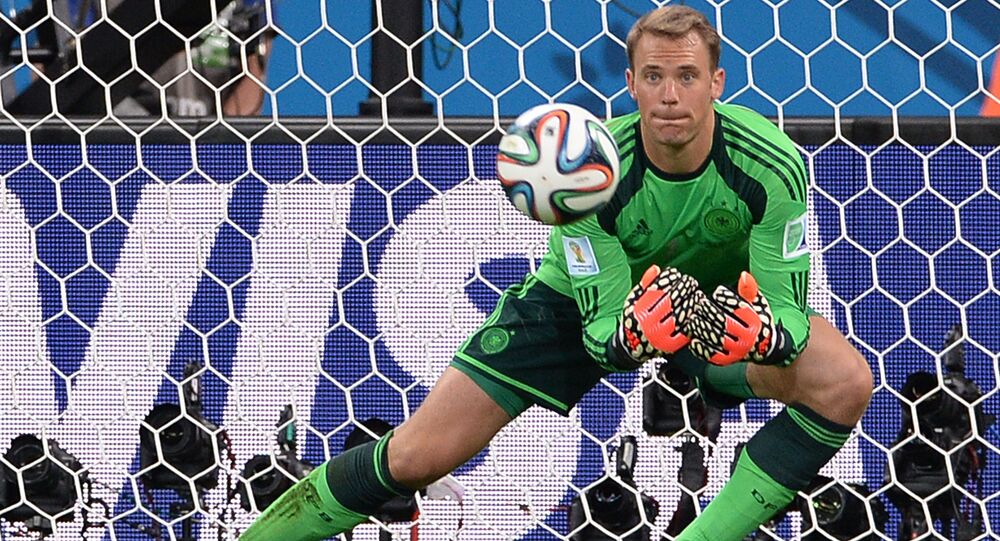 The winner will be chosen on January 12, 2015, during a ceremony in Zurich, Switzerland.

The winner will be chosen on January 12, 2015 during a ceremony in Switzerland's Zurich.

Ronaldo won the Golden Ball last year, while Messi received the prize for three years running prior to that.

© REUTERS / Rafael Marchante
Cristiano Ronaldo Becomes Top Goal Scorer in European Championships
In the World Cup Final, the German national team beat Argentina 1-0, and Neuer’s performance in many respects contributed to the team’s success. However, many argue that Lionel Messi, who played for the losing side, is the one who deserves the Golden Ball award for his invariable outstanding performance.

The FIFA Golden Ball is awarded annually to the male football player who has performed the best during the previous year. The final choice is based on the votes of coaches, captains of international teams and journalists from around the world.