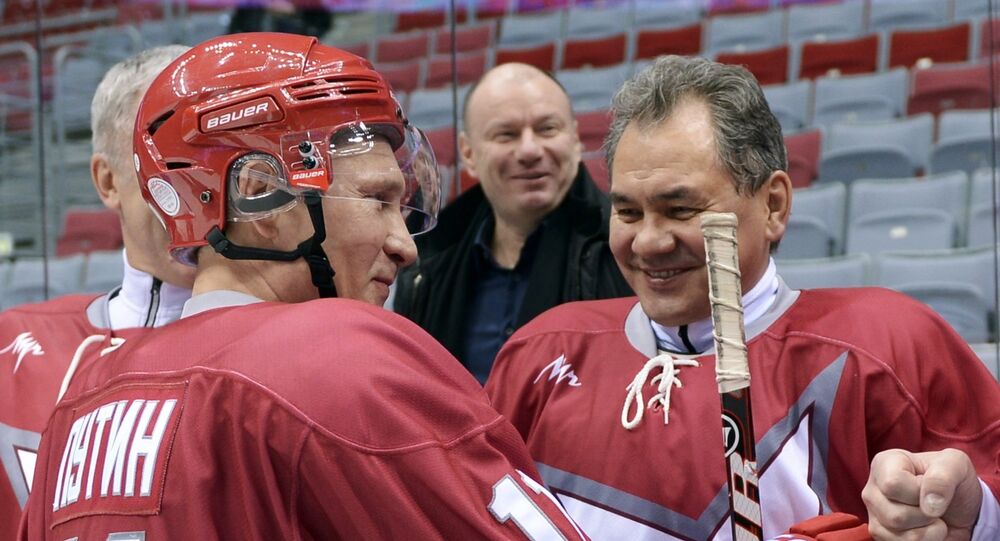 The leader of the country joined the head of its armed forces and two of its top sports officials to play at the Bolshoi Ice Dome, site of February’s 2014 Olympic hockey matches and the 2013 International Ice Hockey Federation World Under-18 Championship. Legendary defenseman Vyacheslav Fetisov also joined them.

Putin, 62, began playing only two years ago; however, he was said to have played “a fairly confident game, and as a result, scored three goals,” television channel Zvezda noted.

The match followed a meeting of the Board of Directors of the KHL, where Medvedev stepped down in favor of Chernyshenko, the former head of the Organizing Committee for Sochi 2014.

Hockey Legend Pavel Bure: "Tikhonov Taught Me a Lot About Life and Hockey"