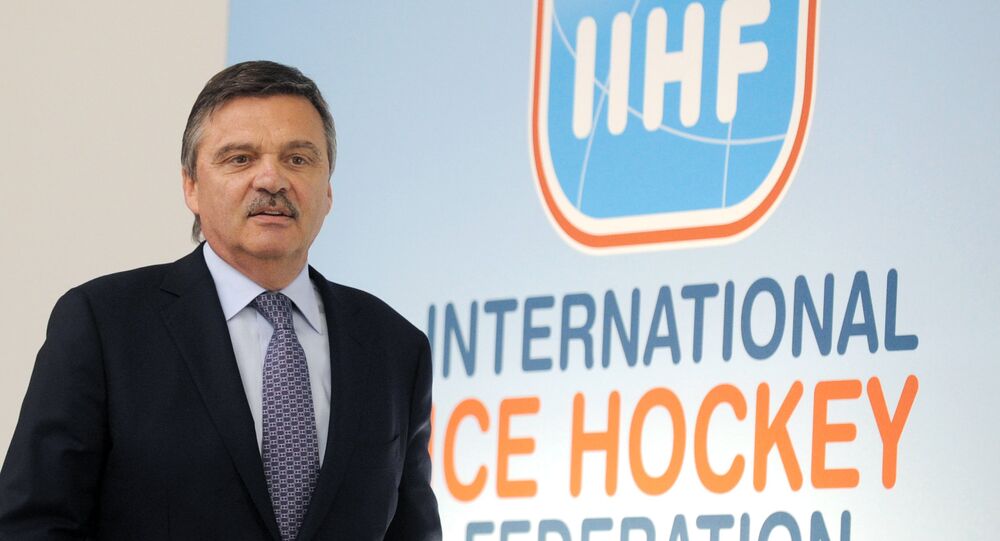 The President of the International Ice Hockey Federation Rene Fasel claims he is is planning to run for IIHF presidency in the 2016 elections.

“I would be anyway candidate for 2016. Ready for everything. Everything is possible, you can see that we're in democracy, we would see,” Fasel said.

The IIHF President added that he was ready to compete with Alexander Medvedev, former president of the Kontinental Hockey League (KHL), for winning this post.

Rene Fasel has been IIHF president since 1994.

On Friday, the KHL Board of Directors made a decision on pre-scheduled termination of powers of the KHL President Alexander Medvedev. The Board members unanimously supported the appointment of Dmitry Chernyshenko, president of the Sochi 2014 Organizing Committee, to this post.

Rene Fasel said that Chernyshenko represented a young generation of hard-working Russian managers, who create a new image of Russia.

Hockey Legend Pavel Bure: "Tikhonov Taught Me a Lot About Life and Hockey"