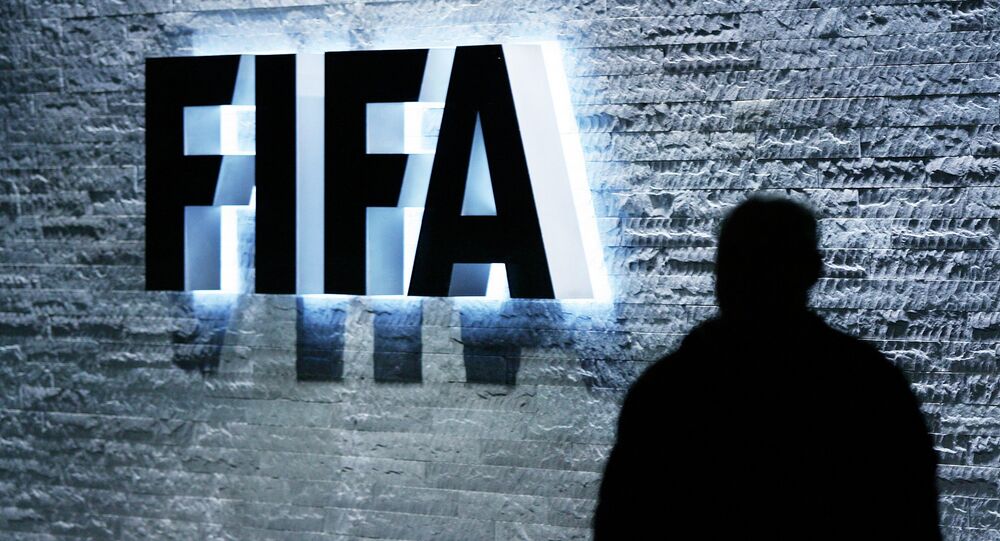 Over 75 witnesses were questioned and some 200,000 pages of material were studied during investigations into possible corruption.

MOSCOW, November 13 (Sputnik) – FIFA has announced the results of its investigations into possible corruption into bidding for the football World Cup tournaments to be held in 2018 and 2022, finding no serious breaches in the process and stated that it would keep Russia and Qatar as hosts.

During investigations into possible corruption during the selection process, more than 75 witnesses were questioned. Transcripts and audio recordings were collected and some 200,000 pages of material were studied during the investigation.

"FIFA welcomes the fact that a degree of closure has been reached with the chairman of the adjudicatory chamber stating today that 'the evaluation of the 2018/2022 FIFA World Cups bidding process is closed for the FIFA Ethics Committee'. This comes after the chairman stated that 'as regards the procedural framework for conducting bidding procedures related to awarding the hosts of the final competitions of FIFA World Cups, the Investigatory Chamber of the FIFA Ethics Committee did not find any violations or breaches of the relevant rules and regulations'," the world football governing body said in a statement.

"As such, FIFA looks forward to continuing the preparations for Russia 2018 and Qatar 2022 which are already well underway," the statement continues.

The investigation was launched after the London-based Daily Telegraph newspaper alleged former FIFA vice-president Jack Warner was personally paid $1.2 million by a company controlled by a retired Qatari football official just after Qatar won its 2022 bid to host the World Cup.

Voting for the host countries for the 2018 and 2022 tournaments were held in December 2010, with Russia winning the earlier slot, beating a bid from England and joint bids from Spain and Portugal, and Belgium and the Netherlands. Qatar beat out bids from Australia, the United States and Japan to host the event in 2022.

While many said that Qatar secured the result through a series of secret deals, several nations expressed concern over Russia hosting the World Cup 2018 amid the Ukrainian crisis and even threatened to boycott the championship. However, FIFA president Joseph Blatter said that sports should never be mixed with politics and confirmed that the 2018 FIFA World Cup is going to take place in Russia as planned.