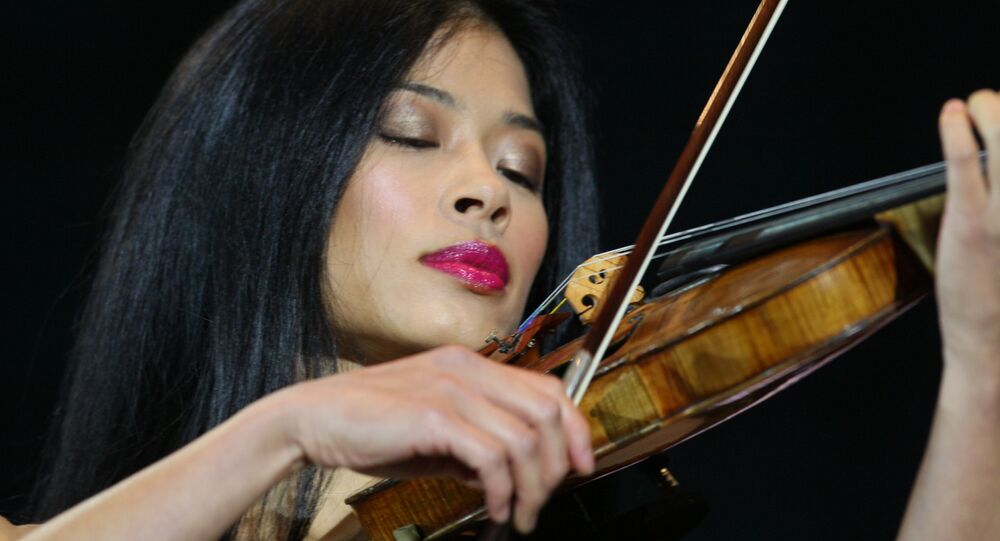 Vanessa Mae, pop violinist, is banned for four years from skiing after violations that had allowed her to qualify for the 2014 Winter Olympic Games in Sochi.

MOSCOW, November 11 (RIA Novosti) — The International Ski Federation (FIS) has banned pop violinist Vanessa Mae for four years for fixing giant slalom races, Reuters reports. The four races that were organized at the behest of Mae’s manager had allowed her to qualify for the 2014 Winter Olympic Games in Sochi at the last minute.

A federation panel “found to its comfortable satisfaction that the results of the four ladies giant slalom races that took place on 18 and 19 January at Krvavec were manipulated,” The Guardian notes. The FIS stated that Mae “would not have achieved the necessary FIS point performance level to be eligible to participate in the Olympic Winter Games.”

Five officials from Slovenia and Italy were also banned by the FIS panel for between one and two years for their involvement in the scandal.

Mae, a British citizen, only spent six months training for the games.  According to the BBC, in Sochi she raced for Thailand as Vanessa Vanakorn (using her father’s surname), finishing last among 67 competitors in the giant slalom.

According to The Guardian, Mae may appeal the ruling in the Court of Arbitration for Sport within 21 days.

The International Olympic Committee said it will refrain from taking any action until the results of the possible appeal are announced, the BBC reports.