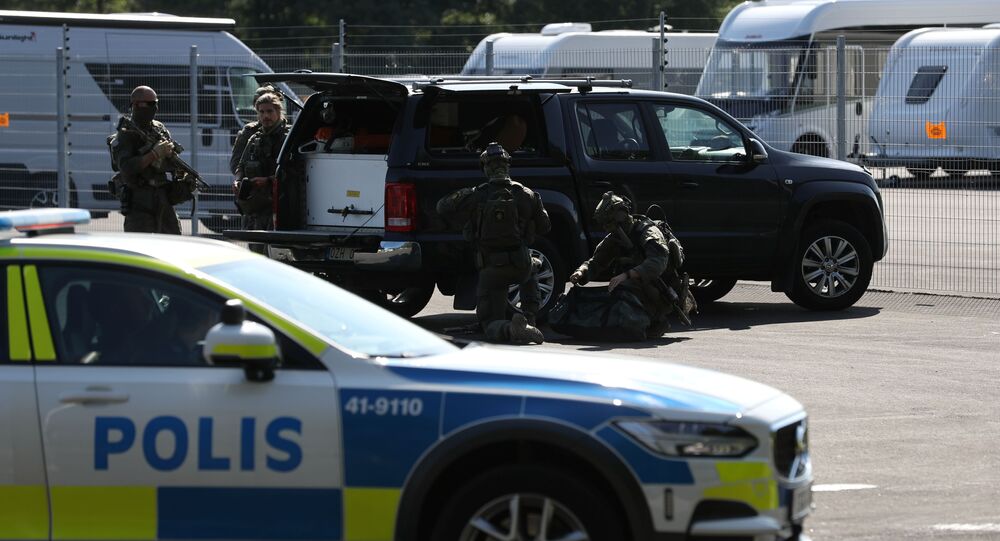 The two hostage-takers, who are already serving time for murder, were reportedly identified as 30-year-old Isak Dewit and 24-year-old Haned Mahamed Abdullahi. They were armed with razor blades during the incident.

A pair of Swedish criminals have captured two prison officers, offering to release one in exchange for 20 kebab shop pizzas, the local Aftonbladet news outlet reported on Wednesday.

The hostage situation occurred not far from the town of Eskilstuna in central Sweden at a high-security prison.

The prisoners reportedly demanded a helicopter, although they agreed to let one of the hostages go in exchange for 20 kebab shop pizzas to feed everyone in their prison wing. However, the police reportedly did not confirm such demands by the hostage-takers.

According to the media, citing the Swedish Prison and Probation Service, the two detainees locked themselves inside a guard room at the Hällby prison with the prison officials around 12.30 pm local time. They also reportedly covered the CCTV cameras in the area.

Acting security chief Jorgen From Nordin reportedly stated that negotiators and a police task force were on the scene, and that the situation was "frozen." He was quoted in the report by The Local: "This is a very serious incident."

A task force had entered the facility at 4.30 pm, according to the report, with three or four black trucks rolling up to the facility. At about 4 pm, a police spokesperson said that a helicopter was flying above the prison.

“Two inmates have barricated themselves in a space in the institution and in the same room there are two employees,” they said.

In the meantime, the pizzas were reportedly prepared before being placed into a police car and transferred to the high-security institution, apparently to be supplied to the two criminals.

Although Aftonbladet later reported that the criminals were eventually apprehended, it is unknown whether they received the pizzas they demanded.