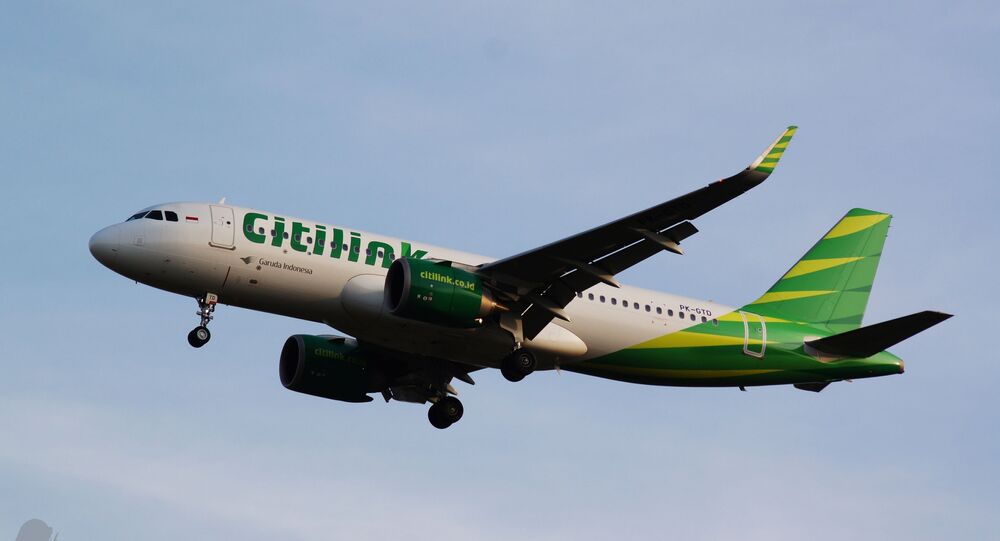 While Indonesia, like many other nations, is seeing an increase in COVID-19 infections and is now Asia's hotspot for the virus, with many of the most recent cases having been verified to be the so-called Delta strain, some citizens are opting to use all their power of ingenuity to avoid restrictive measures.

An Indonesian man infected with COVID-19 disguised himself as his wife by wearing a niqab to get on a domestic flight, CNN reported on Wednesday, citing its affiliated network, CNN Indonesia.

The man, who has only been identified as "DW," boarded the Citilink flight from Jakarta to Ternate wearing Muslim women's clothing that covers the body and face with an opening for the eyes. According to the report, the disguise was worn due to the fact that the passenger's wife had tested negative for the novel coronavirus, and he was attempting to travel from Halim Perdana Kusuma Airport using her ID and negative PCR result.

Interestingly, the outlet stated that the imposter might not have been discovered, nor apprehended if he had not abandoned his disguise in mid-flight.

Authorities reportedly said a flight attendant witnessed "DW" enter an airplane bathroom and emerge wearing men's clothing instead of the niqab. She alerted Ternate airport authorities, who apprehended the traveler once he disembarked from the plane.

© REUTERS / AJENG DINAR ULFIANA
Indonesian Muslims offer Eid al-Adha prayers at the mosque amid a surge of coronavirus disease (COVID-19) cases in Bogor, on the outskirts of Jakarta, Indonesia, July 20, 2021

At the airport, an on-site health officer tested the individual for COVID-19 right away, and the PCR test came back positive.

Ternate COVID-19 Task Force Operational Chief Muhammad Arif Gani reportedly explained afterward that "the airport immediately contacted the Ternate City COVID-19 Handling Task Force team to evacuate the man while wearing personal protective equipment (PPE), and then taking him in an ambulance to his house (in Ternate City) to self-isolate, where he will be supervised by Task Force officers."

Unfortunately for the caught master of disguise, local police have reportedly stated that they want to pursue "DW" after his self-isolation term is completed.

According to the Johns Hopkins University data, in Indonesia, about three million cases of COVID-19 have been detected as of July 21, with more than 76,200 deaths. Furthermore, vaccination distribution has been inadequate, given the total population of over 270 million, with just roughly 6% of the whole population fully vaccinated as of yet.

Algerian ‘Zorro of the Niqab' is Back, Vows to Pay Fines for Swiss Women Amid New Muslim Veil Ban