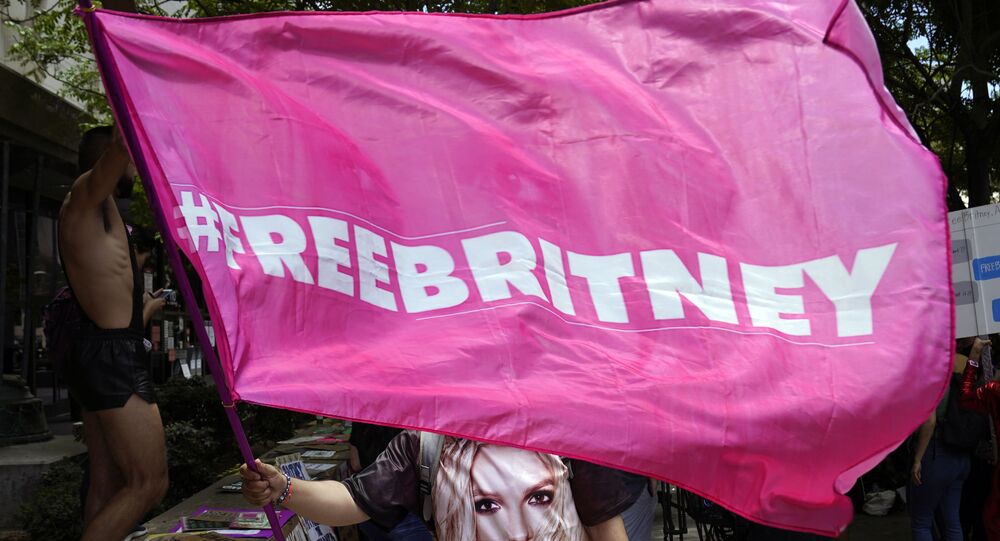 The "Toxic" singer has been trying to have her father stripped of conservatorship since 2020 and even went to court over the matter. During an emotional court testimony last month, Spears claimed she had been drugged and forced to perform on stage against her will under the conservatorship.

Britney Spears' court battle with her father Jamie has inspired a new bill in the House of Representatives. The legislation, proposed by Republican Nancy Mace and Democrat Charlie Crist, would allow a person placed in the conservatorship to petition to replace their court-appointed guardian with a public conservator, family member, or private agent without the need to prove that he or she is being abused by the incumbent guardian. The bill will also guarantees state funding for workers to oversee conservatorships.

"Under the Free Act, we would free Britney along with the countless numbers of seniors and persons with disabilities being abused and exploited by the broken system. Abusive conservatorships can be an unending nightmare, and tragically we don’t know how many people are being held captive against their will under the broken guardianship system", said Charlie Crist.

The "Baby One More Time" singer was placed in the conservatorship in 2008 following a series of mental breakdowns during which she attacked a paparazzi car with an umbrella, shaved her head, and became involved in a standoff with police. Conservatorship is granted by court when a person is deemed incapable of making their own decisions. The court named Spears' father as her guardian, placing him in charge of all choices affecting the singer’s life - from finances and career decisions, to personal choices.

Fans of the pop star have claimed since 2009 that the singer has been kept prisoner by her family and launched a movement called "Free Britney", which has been supported by several celebrities, including singer Miley Cyrus, actress Rose McGowan, and socialite Paris Hilton. The singer’s family has insisted that the conservatorship is necessary, saying the singer suffers from mental illness and is emotionally unstable.

In 2020, the singer asked the court to have her father removed from conservatorship, but lost. However, the court gave a green light to her lawyer’s request for Spears to address "the court directly" about the issue. During the hearing last month, the 39-year-old woman alleged that she had been drugged and forced to perform against her will, as well as prohibited from marrying her boyfriend Sam Asghari and have children.

She accused her father of conservatorship abuse and said she wanted to press charges against him. Jamie Spears' lawyers denied he was responsible for the restrictions placed on his daughter.