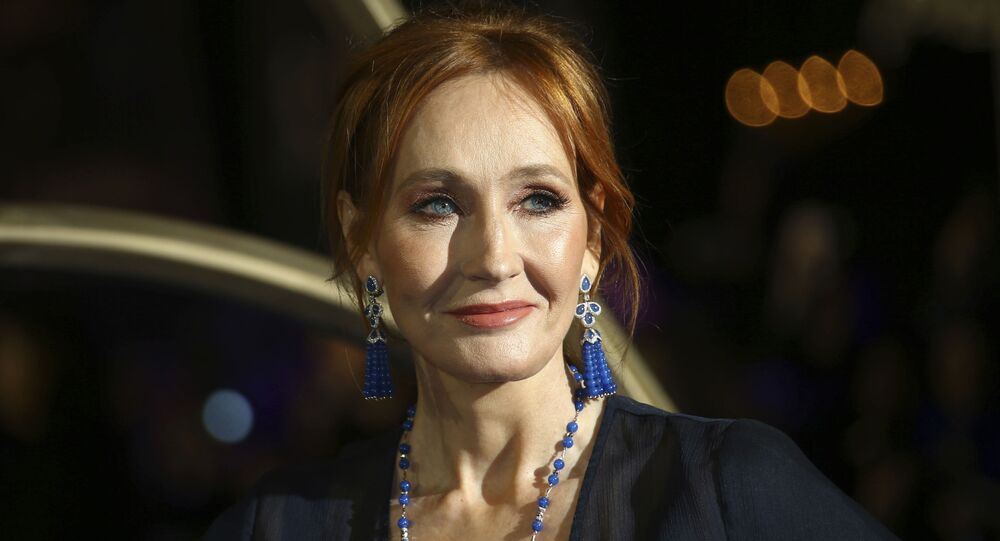 The Harry Potter author landed in hot water with the LGBT community last year after she questioned a new tendency of “erasing the concept of sex” by referring to “people who menstruate” instead of simply calling them women.

JK Rowling said “hundreds” of trans activists sent her death threats following her controversial comments about dangers women could face in public toilets coming from men who present themselves as self-identified women.

The best-selling writer shared a screen of a Twitter message from a troll who apparently wished her “a very nice pipebomb in mailbox”.

Rowling responded: “To be fair, when you can’t get a woman sacked, arrested or dropped by her publisher, and cancelling her only made her book sales go up, there’s really only one place to go.”

One of followers then asked whether such a horrid message was a reaction to “her comments about the safety of women in toilets/changing rooms if men can use them by simply saying they identify as a woman?”

The Harry Potter author said that this exactly was the case as numerous “trans activists” had threatened to beat, kill, bomb and rape her because of her stance.

Yes, but now hundreds of trans activists have threatened to beat, rape, assassinate and bomb me I’ve realised that this movement poses no risk to women whatsoever. pic.twitter.com/qb1RrCFqy0

​Rowling provoked a harsh backlash from some of her fans and the LGBT community last year after she mocked the Devex article about difficulties faced by “people who menstruate” during the COVID-19 pandemic.

“‘People who menstruate.’ I’m sure there used to be a word for those people. Someone help me out. Wumben? Wimpund? Woomud?” she sarcastically noted on Twitter to immediately get slammed for “transphobia” for ignoring the fact that many transgender men can still menstruate.

The remark and Rowling’s subsequent defence of her stance about the importance of keeping sex categories in order not to downplay the issues women face in a world ruled by 'patriarchy' sparked criticisms among Harry Potter actors, including Daniel Radcliffe and Emma Watson.

Rowling also frustrated many as she later pinned a 3,000-plus-word open letter to talk about “single-sex spaces” where women could start feeling less safe if they are open to males who present themselves as females - even if they hadn’t undergone gender therapy.

“When you throw open the doors of bathrooms and changing rooms to any man who believes or feels he’s a woman – and, as I’ve said, gender confirmation certificates may now be granted without any need for surgery or hormones – then you open the door to any and all men who wish to come inside. That is the simple truth,” Rowling wrote.

Social media trolls called for cancelling the writer, who has been making millions with her book sales. In 2020, Rowling still made it to the list of Forbes top earners, with $60 million despite all the drama.