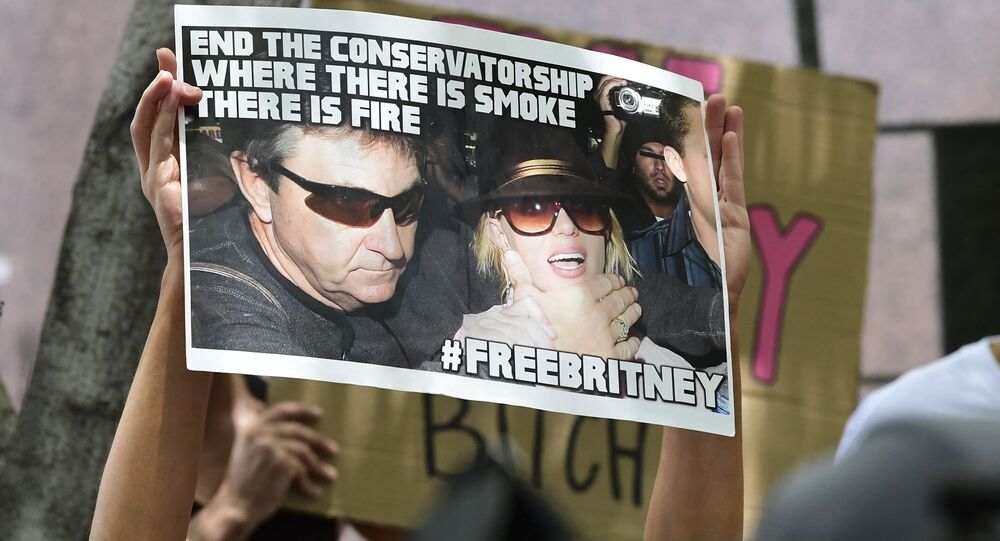 Last week, pop star Britney Spears replaced her former court-appointed lawyer Samuel D. Ingham III with Mathew Rosengart for counsel in removing her father as "conservator". In a bombshell testimony last month, Britney detailed how her father has been handling her life, finances and career for 13 years now.

Mathew Rosengart, the attorney of pop princess Britney Spears, has said that he is there to ensure "aggressively" that her father James Parnell Spears, nicknamed Jamie, loses his status as her "conservator" as soon as possible.

"My firm and I are moving aggressively and expeditiously toward removing Jamie Spears….." said Rosengart while speaking to the reporters gathered outside the Superior Court in downtown Los Angeles.

The lawyer, further commended the 39-year-old "Oops I Did It Again" singer for her strength and courage to embark upon this journey of attaining freedom from her own father.

A hearing was scheduled in an LA court on Britney's case that brought Rosengart there.

In an emotional phone conversation with Judge Brenda Penny just hours before the hearing, Britney said she has decided to charge her father for abusing his court-appointed role as her "conservator".

© AFP 2021 / VINCE BUCCI
Britney Spears' Mother Shares 'Mixed Feelings' on Daughter's Conservatorship
Under US law, conservatorship is the appointment of a guardian or a protector by a judge to manage the financial affairs and daily life of another person due to old age or physical or mental limitations.

After a public meltdown in 2008, Britney reportedly failed a psyche test that prompted her father to legally demand her "conservatorship".

In her testimony, the "Criminal" singer compared the horrors of her conservatorship to "sex trafficking", saying that her family has abused the arrangement, forcing her to work against her will and rendering her unable to make her own decisions, or even have privacy at times.

Britney has been calling out people who were once her "closest" for walking out on her when she needed help, without revealing names. The singer has also declared she will not be performing until her father has no legal say in what she wears or does or says.

While Jamie Spears has reportedly abused Britney, allegedly calling her "fat and a wh*re" over the conservatorship case earlier, the singer's fans from around the world have extended overwhelming support to Britney in her fight against her father.