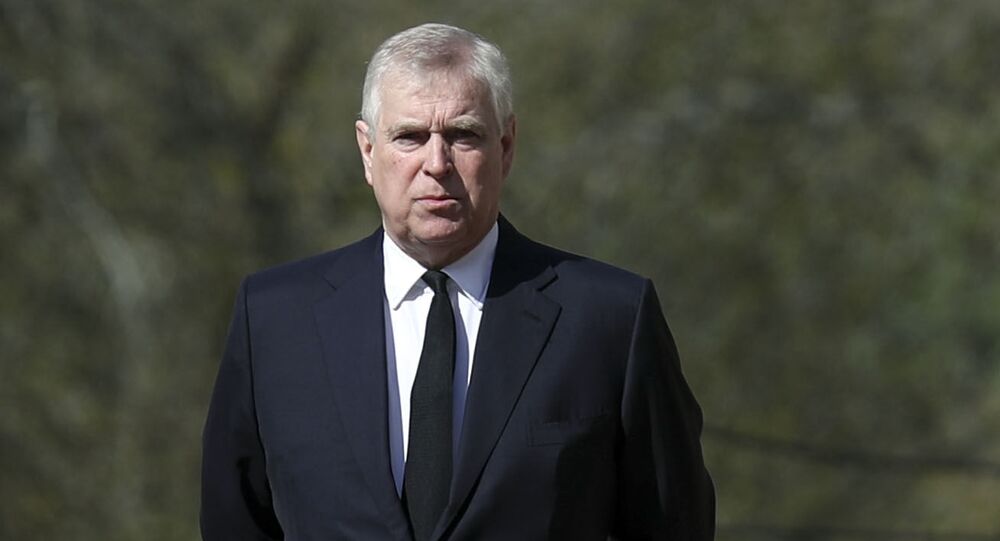 Queen Elizabeth’s second son is still battling accusations that he had sex with one of Jeffrey Epstein’s alleged victims Virginia Roberts Giuffre when she was just 17. In a 2019 BBC interview, Prince Andrew claimed that he didn’t regret his friendship with the convicted sex offender.

In "Perversion of Justice: The Jeffrey Epstein Story," which is being released on Tuesday, Brown says that the Duke of York travelled to Epstein’s New York City townhouse in 1999, nearly three years after officially becoming a single man.

"In 1999, Britain’s Prince Andrew, newly divorced from his wife, Sarah Ferguson, was invited by [Ghislaine] Maxwell to visit Manhattan. Andrew had known Maxwell and her family for many years," Brown writes.

"He, too, was trying to find himself. On the heels of a messy divorce, Andrew agreed to escape to the US and stay with Ghislaine Maxwell at Epstein’s Upper East Side mansion. Andrew was soon squiring Maxwell around Manhattan, attending social events and dinner parties,” the excerpt of the book, cited by Fox News, reads.

What Did Prince Say About His Infamous Pal

Prince Andrew previously revealed in his ill-fated 2019 BBC interview that he met the American financier in 1999 through Maxwell, the British socialite who is currently in jail awaiting trial for allegedly helping her late boyfriend Epstein groom and abuse underage girls.

Andrew is also fighting allegations that he had sex with one of the girls who claims to have been sex trafficked by Epstein – Virginia Roberts Giuffre – on at least three occasions between 2001 and 2002. According to Giuffre, her first alleged encounter with the royal took place in Maxwell’s London home where the two were pictured alongside each other with the prince’s arm wrapped around her waist.

Despite the photo, the prince fiercely denied Giuffre’s accusations during the BBC interview, saying that he had “no recollection” of ever meeting her. He suggested that the image may have been doctored, while also offering some bizarre alibis for the day Giuffre claims they slept together – according to Andrew, he was driving his daughter Beatrice to a party at a Pizza Express restaurant in Woking, something he remembers nearly a decade later.

The interview landed the Queen’s son in hot water with the British public, as he also said that he didn’t regret his friendship with Epstein, even though the financier was convicted and registered as a sex offender in 2008 for soliciting a minor for prostitution.

Just two years after the conviction, Prince Andrew visited his pal in New York, staying at his Manhattan mansion on the Upper East Side, apparently a hotspot for Epstein’s alleged victims.

It was during this 2010 visit that the two were photographed walking in Central Park. The duke, however, said he visited Epstein to tell him their friendship was over following his release from prison. Andrew did tell the BBC that he regretted staying at the millionaire’s house during the visit but was not able to confirm if he stayed there any other times.

Rarely seen photograph of Jeffrey Epstein & Prince Andrew on December 5, 2010 on their way to Central Park.

This photo was taken on Madison Avenue, right around the corner from Epstein's Upper East Side mansion.

The photographer is the same guy who followed them 2 Central Park. pic.twitter.com/quHzkvUCyt

Prince Andrew stepped down from his royal duties in November 2019 – shortly after the BBC interview was aired – following a backlash over his defence of his friendship with Epstein, who died a few months before in a prison cell as he awaited trial for sex trafficking charges.