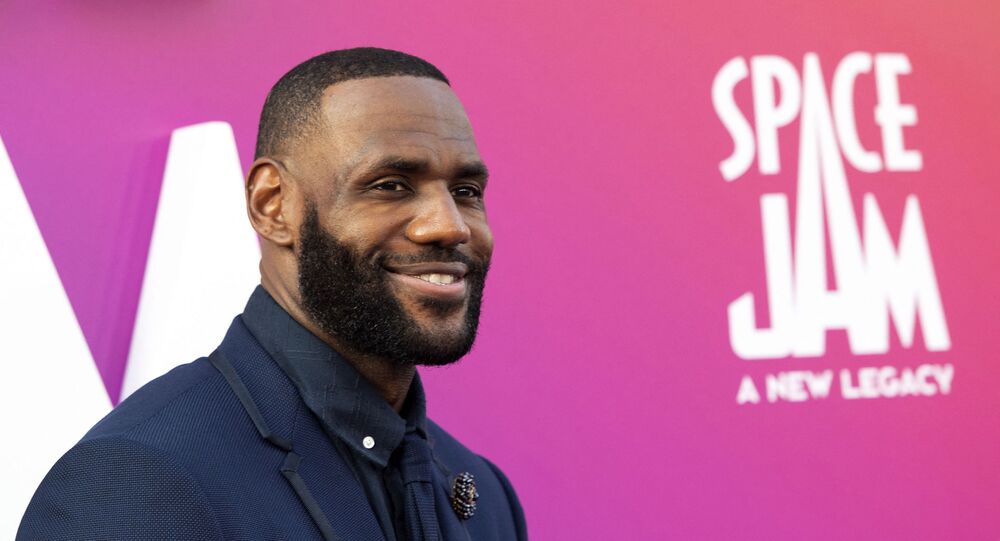 LeBron James Fires Back at 'Haters' After Criticism of His Movie 'Space Jam: A New Legacy'

In a new movie, "Space Jam: A New Legacy", LeBron James stars as a fictionalized version of himself, while also voicing his animated form.

Basketball icon LeBron James took to Twitter over the weekend to respond to criticism over his participation in a Space Jam sequel, "A New Legacy".

In his tweet, he shared a Deadline article about how "A New Legacy" outran "Black Widow" in three days after the box office opening, adding "Hi Haters!".

The movie, a successor to the 1996 live-action animated comedy "Space Jam" featuring basketballer Michael Jordan teamed up with cartoon characters, revolves around LeBron having to win a basketball game to save his son.

​According to Deadline, "A New Legacy" secured the best result in an opening three days for a family movie in pandemic times, reaping $31.65M.

The box office figures did not impress some netizens, however, who roasted LeBron's performance in the movie and particularly pointed at how the film was targeting children and family audiences - but still has an adult rating.

James' tweet for the haters prompted diverse reactions. While some praised the movie as entertaining, others raised eyebrows over LeBron's choice to address haters and not the fans who support the film. Some pointed at how the Deadline article appeared to have compared the new box office numbers for "A New Legacy" with that of the second weekend for "Black Widow" in the theatres.

32 when it cost 150 million to make. Lmaooooo
Yep totally winning.

OMG!! I can’t believe you ppl. I literally just left the movie with my 8 year old daughter. She truly enjoyed the movie and it drove home the same principles of life I’ve been telling her. You got to work hard and build your craft. Thank U LeBron for trying to uplift/educate!!