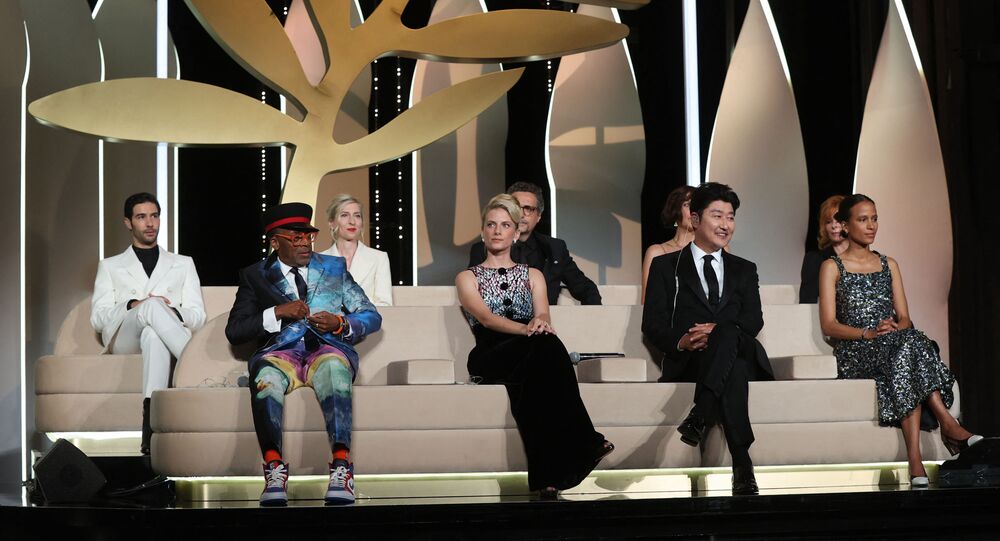 The Cannes Film Festival 2021 took place from 6 July to 17 July, postponed from May. The movie festival is one of Europe's Big Three major film events, along with the Venice Film Festival in Italy and the Berlin International Film Festival in Germany.

On Saturday, the 74th annual Cannes Film Festival came to an end, with the top prize of the event, the coveted Palme d'Or, handed to French filmmaker Julie Ducournau for her audacious film "Titane".

Ducournau is now the second female to receive the award at Cannes, but her victory happened to be announced at a gaffe by the jury head, Spike Lee.

"No excuses, I messed up," Lee told reporters after the event. "I'm a big sports fan, it's like the guy at the end of the game at the foul line, he misses a free throw, or the guy misses a kick."

"Titane" is thought to be a particularly violent movie, described as "body horror", about a woman with a titanium plate in her head who combines two bizarre things about herself, as she is a serial killer and has sex with cars - in particular, in the film she becomes impregnated by a Cadillac.

"Congratulations to Julia Ducournau for her Palme d'Or at the Cannes Film Festival! A palm that rewards the audacity and singularity of French cinema", his tweet reads.

​​The Grand Prix award at the festival was split between Asghar Farhadi's Iranian drama "A Hero'' and "Apartment No. 6.'', by Finnish director Juho Kuosmanen.

Leos Carax was awarded best director for his musical movie "Annette". Renate Reinsve won the prize for best actress, starring in "The Worst Person in the World" and Caleb Landry Jones was named best actor for his part in the movie "Nitram".

© AFP 2021 / JOHN MACDOUGALL
Norwegian actress Renate Reinsve poses with her trophy during a photocall after she was awarded with the Best Actress Prize for her part in the film "Verdens Verste Menneske" (The Worst Person In The World)" during the closing ceremony of the 74th edition of the Cannes Film Festival in Cannes, southern France, on July 17, 2021.

The Cannes film festival had taken place annually since 1946. The 2021 event was initially scheduled to take place in May but was postponed to July.