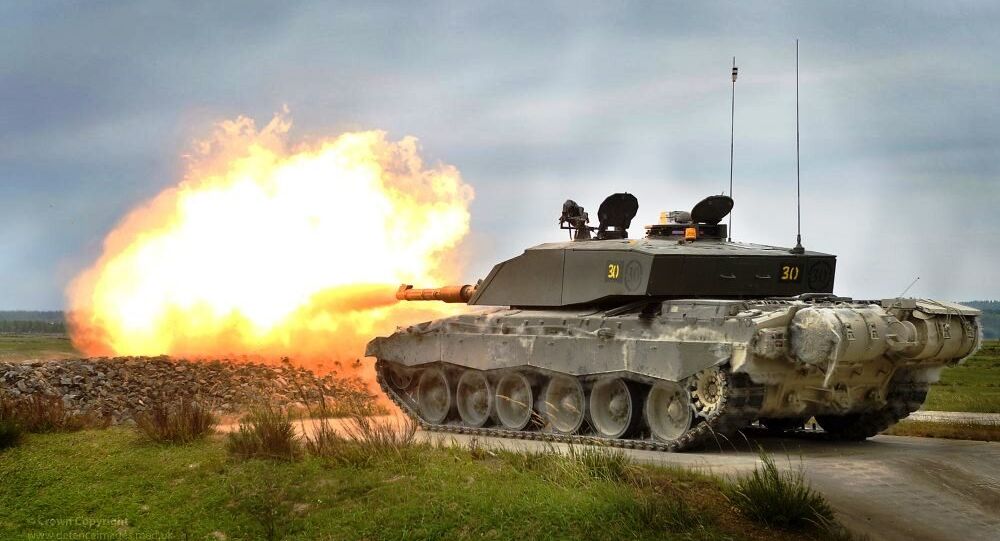 Challenger 2 is a third-generation main battle tank that is not only used by the British military but also represented in the videogame 'War of Thunder'.

A classified document was posted to an online forum by a gamer to help users improve the accuracy of the tank design in the gam 'War of Thunder', according to a report published in UK Defence Journal on Friday.

The gamer reportedly identified themselves as Challenger 2 commander "with a history of “Tanks & AFV’s, CR2 Tank Commander, AFV Instr, D&M Instr, Gunnery Instr, Former ATDU”. According to the report, the shared document had its "UK RESTRICTED" label crossed out and a stamp of "UNCLASSIFIED" added, and some parts were fully black out.

According to one of the users, cited by the outlet, “the cover for instance had basically everything except CHALLENGER 2 blacked out”.

Gaijin Entertainment, the studio behind War of Thunder, said that it does not intend to disseminate any documents that are proved to be classified.

"Last time such a document was shared that was claimed to be “unclassified” it was in fact still classified and was confirmed that it should never have been shared. We make it very clear that we will not handle any source material unless it is publicly available and fully declassified with the rights to prove that", the studio told the outlet through a community manager.

A forum moderator, according to the report, also said in a post that a written confirmation was received from the UK Ministry of Defence that the shared document indeed remains classified.

"By continuing to disseminate it you are in violation of the Official Secrets Act as stated by the warning on the cover of the document, an offence which can carry up to a 14 year prison sentence if prosecuted. Of this you are already aware, as a service person you have signed a declaration that you understand the act and what actions it compels you to take", the moderator's message said.

Challenger 2 is the British third-generation main battle tank used in the army of the United Kingdom, designed and built by the British company Vickers Defence Systems. It is also presented in War of Thunder, a popular video game simulating tank battles.