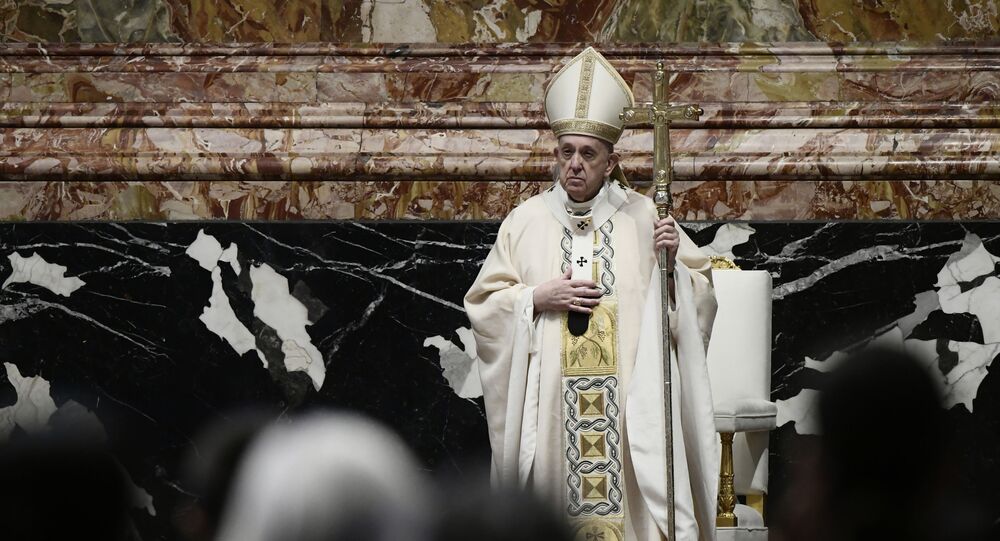 Pope Francis has often been seen as out-of-step with some of the Catholic Church’s rank-and-file members, such as when US bishops voted to allow refusing the Eucharist to abortion-permitting politicians after he urged it not to be used as a “political weapon.”

In a rare move on Friday, Pope Francis issued new legislation reversing a policy set by his predecessor, Pope Benedict XVI, which had allowed a schismatic sect of Catholics to continue to hold mass in the traditional Latin instead of in vernacular languages, as the Catholic Church decided to do in the 1960s.

Sweeping legislation on Friday erased Summorum Pontificum, the 2007 law by Benedict that permitted dissident Catholic groups to continue to hold Latin Mass, also called the Tridentine Mass, and charged bishops with the sole power to “regulate the liturgical celebrations of his diocese.”

According to the Associated Press, the fear is that the Society of St. Pius X, who worships in Latin, has not accepted the Second Vatican Council, an ecumenical summit from 1962 to 1965 at which the Catholic Church updated its practices for the modern world. One of the most impactful was that Mass was to be held using local languages and not Latin, the language of the ancient Roman Empire which is no longer spoken in everyday life.

If they want to hold Latin Mass, then they have to do it in alternate locations without creating new parishes.

Alongside the legislation, Francis sent a letter to Catholic bishops explaining his reasoning behind the move, which is highly unusual. He argued that Benedict had “intended to recover the unity” of the Church by tolerating dissident practices, instead the measure “was exploited to widen the gaps, reinforce the divergences, and encourage disagreements that injure the Church, block her path, and expose her to the peril of division.”

The 84-year-old Argentinian pontiff said he had made the decision after surveying every single Catholic bishop in the world, the results of which, he said, “reveal a situation that preoccupies and saddens me, and persuades me of the need to intervene.”

Author Michael Sean Winters, writing in National Catholic Reporter, characterized it as “the ecclesial equivalent of ripping off the Band-aid in one pull,” adding that “it was also the only real option.”

“A priest who was close to Benedict told me that when the pope issued Summorum Pontificum, he ‘never intended to start a movement, still less an ideology!’ But that is what happened,” Winters recalled.

However, others strongly disapproved of Francis’ move.

Joseph Shaw, chairman of the Latin Mass Society of England and Wales, told AP that it was “an extraordinary rejection of the hard work for the church and the loyalty to the hierarchy which has characterized the movement for the Traditional Mass for many years, which I fear will foster a sense of alienation among those attached to the church’s ancient liturgy.”