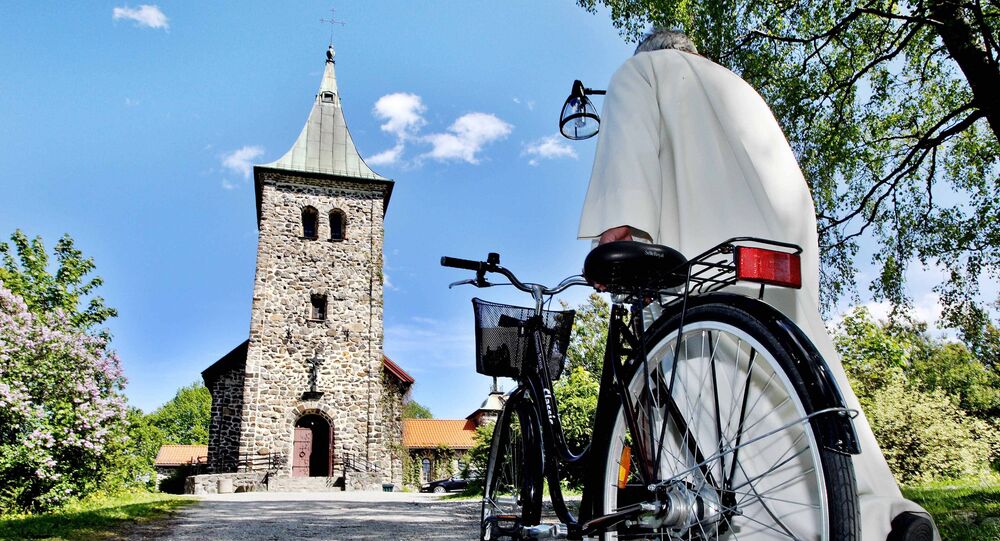 The peerless artefact that made the tiny Norwegian village into a popular tourist attraction has turned out to have been created by a 20th-century curator. Whether it was gloryhunting or irony, remains unknown.

A mysterious "demon wall" allegedly from the 17th century, which has attracted flocks of foreign tourists to the Norwegian village of Sauherad, has been revealed to be a modern-era work and a fake.

The frescoes at the Sauherad Church show some 2,800 devil faces, masks, animals, and fantasy scenes.

Hidden behind the choir arch, the artwork depicting a myriad of faces, can only be seen by the priest addressing the congregation.

"This wall has always been a mystery. It hasn't been possible to find anything similar or place it in a historical context artwise", the curator at the Norwegian Institute for Cultural Heritage Research (NIKU), Susanne Kaun, told national broadcaster NRK.

Until now, it has been thought that the intricate figures were painted by a 17th-century priest, although the motives were unknown.

Yet, no carvings from the 17th century were found, and the traces of original colour indicate no devils.

"What aroused my suspicion was that there was no damage to the paint layers. I also didn't find original paint", Kaun explained, voicing her surprise over how much freedom Gotaas had with the painting.

"He invented this. It is a scandal that a conservator creates his own decor and proclaims it to stem from the 17th century", Kaun said.

Former Deacon Ivar Solbu, who has worked as a deacon at the church for 43 years, admitted that he had a hard time believing the revelation.

"Nevertheless, I believe most people will say that the wall stay as it is. Now it's part of the church's 800-900-year history anyway. Now we know who painted and when, but why has become an even bigger question", says Solbu.

Researchers were also left puzzled by Gotaas' motives, whether it was an intense need for fame and recognition or tongue-in-cheek irony. Other parts of the church were meticulously restored with no arbitrary details.

Now it is up to the National Heritage Board to decide whether the demon wall will be preserved.