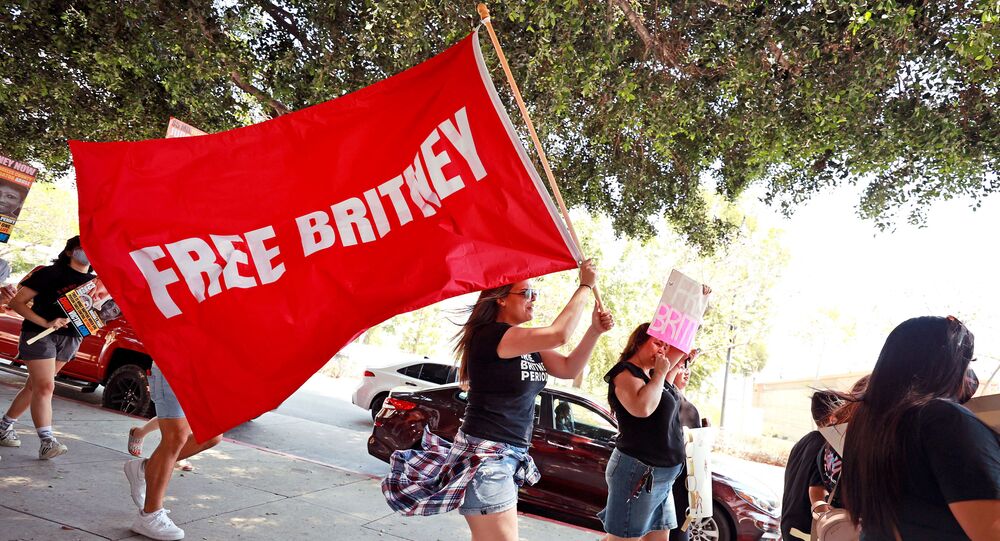 Earlier, American pop music icon Britney Spears, who has spent recent weeks in a legal battle to have her conservatorship terminated, chose a new attorney to represent her in the case.

A Los Angeles judge on Wednesday approved Britney Spears' choice of a new attorney, Mathew Rosengart, to represent her in her conservatorship case, The New York Times reported.

Rosengart will now help the singer continue her legal battle to end a 13-year conservatorship that controls her financial and personal affairs - custody that Spears several weeks ago characterized as "abusive" during an emotional speech in court.

Spears said during the Wednesday hearing that she was "here to get rid of my dad and charge him with conservatorship abuse", according to NBC News. The singer outlined that she wants her father to be investigated, since "this conservatorship has allowed my dad to ruin my life."

Her new attorney is a former federal prosecutor who has handled cases involving prominent celebrities including Sean Penn, Ben Affleck, and Steven Spielberg. Spears revealed her choice of a new attorney earlier on Wednesday.

© AFP 2021 / EMMA MCINTYRE
Protester signs are seen at a #FreeBritney Rally at Stanley Mosk Courthouse on July 14, 2021 in Los Angeles, California. The group is calling for an end to the 13-year conservatorship lead by the pop star's father, Jamie Spears and Jodi Montgomery, who have control over her finances and business dealings. Planned co-conservator Bessemer Trust is petitioning the court to resign from its position after Britney Spears spoke out in court about the conservatorship.

The singer earlier compared her conservatorship to "sex trafficking", calling it "abusive" and expressed her desire to remove a contraceptive device installed in her body and have children - something that she was reportedly not allowed to do under her father's custody.

Her emotional speech in court, in which she said that she was forced to take strong medicines and was not able to handle her own personal and business affairs, has fuelled a viral #FreeBritney social group that garnered support not only from fans but also from celebrities and political figures.

A hearing over the singer's conservatorship case is ongoing on Wednesday in Los Angeles, California.

Oops, I Did It... Or Was It Me? Britney Spears Posts Mysterious Nude Selfie From Her Bathroom