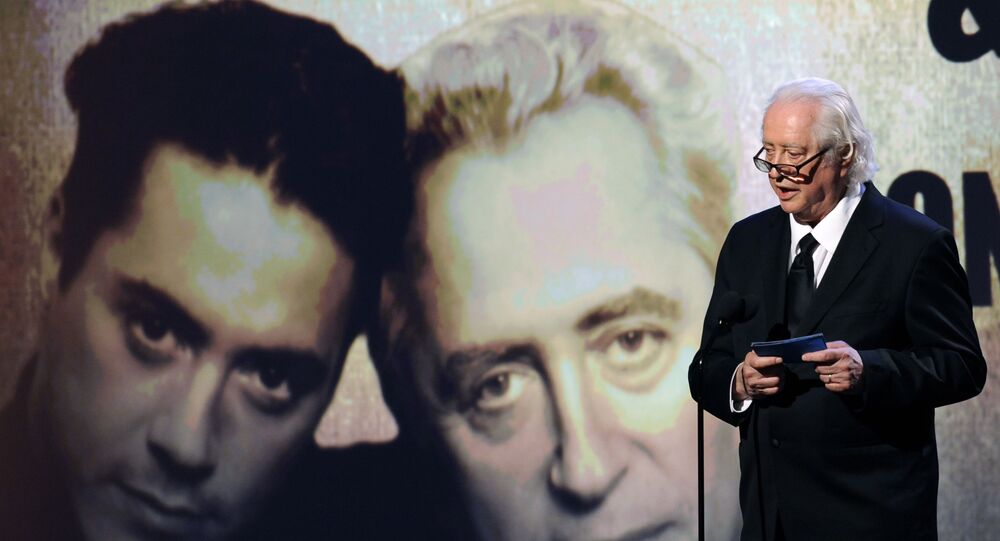 The acclaimed cult actor-director earned his very first directing, acting and writing opportunity with the 1961 short film “Balls Bluff,” which follows a Civil War-era soldier who travels through time to New York City in the year 1961.

Famed actor-filmmaker Robert Downey Sr., who is best known for his 1969 satire “Putney Swope,” died in his sleep at his New York home after spending years battling a Parkinson's diagnosis, his family announced Wednesday. He was 85.

The filmmaker’s death was confirmed by both his son, Oscar-nominated actor Robert Downey Jr. and his wife, bestselling author Rosemary Rogers.

Downey Jr. memorialized his father via an Instagram post that detailed the elder Downey “passed peacefully in his sleep after years of enduring the ravages of Parkinson’s … he was a true maverick filmmaker, and remained remarkably optimistic throughout.”

“According to my stepmoms [sic] calculations, they were happily married for just over 2000 years,” Downey added. “Rosemary Rogers-Downey, you are a saint, and our thoughts and prayers are with you.”

Downey Sr. had been suffering from Parkinson’s disease for over five years.

The disorder is a neurodegenerative brain disorder that increasingly affects one’s movement over a period of time. Although there are medications to ease the progression of symptoms, there is no cure.

The elder Downey’s death has sent waves across social media, with many mourning netizens recalling their first introduction to the filmmaker’s works, which included directing films “Greaser’s Palace,” “Putney Swope” and “Hugo Pool,” among a bevy of films that date back to the early 1960s.

​Later on in his career, Downey Sr. remained active in the acting circuit, taking on smaller roles in 1997’s “Boogie Nights” and “Tower Heist,” the 2011 action-comedy starring Ben Stiller and Eddie Murphy.

His final directing gig was documentary film “Rittenhouse Square” in 2005, according to IMDb.

Although the late actor made it a habit to distance himself from the media, he briefly stepped back in tune with the press after his Oscar-nominated son was arrested and faced cocaine charges in early 2001.

At the height of media coverage on Downey Jr 's cocaine troubles, the late filmmaker sat down for an exclusive interview with the New York Post in which he detailed his own past run-ins with drug addiction, noting that he too spent years using cocaine before kicking the habit in the early 1980s.

The IMDb site notes Downey Sr., a native of New York City, served in the US Army, dabbled in minor league baseball and became a Golden Gloves champion, as well as a Broadway playwright, all before he turned 22 years of age.

Downey Sr. is survived by his wife, son and daughter Allyson Downey.