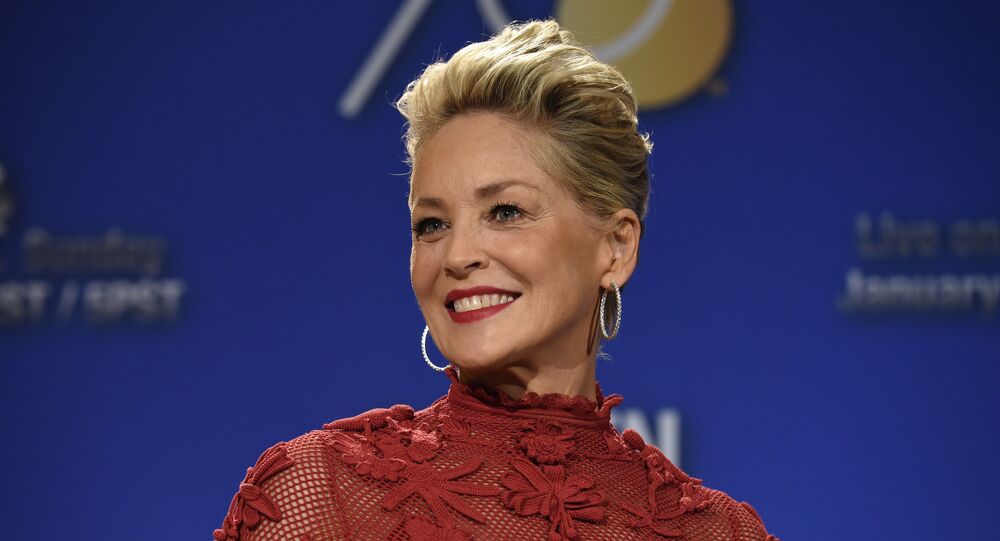 In recent years, Stone, divorced since 2004, has been outspoken about her romantic life. In 2019, she even turned to the dating app Bumble for her endeavors, but unfortunately for her, she was suspended from the platform after multiple people allegedly flagged her account as phony.

As the "Basic Instinct" and "Casino" star gets to know the musician, who is less than half her age, the two have reportedly been on "several dates" so far this month at famous Los Angeles venues like Delilah and The Highlight Room.

The pair was reportedly spotted dancing to hip-hop music.

"They were together hanging out with Drake’s [artist] PND, and they were canoodling and popping bottles," an undisclosed source is quoted in the report as saying. "They were dancing to hip-hop. Chris Brown was also there."

RMR and 63-year-old Sharon Stone have been spotted "hanging out." 👀 pic.twitter.com/7mp8JHi1Xd

RMR, a promising artist who hides his identity behind a ski mask and gold grills on his teeth, "respects her and thinks she's cool as f**k," according to a source who claims they've been dating for a few months.

The rapper is also reportedly a big fan of Stone's performance in the 1995 mafia flick "Casino," and they are said to be "having a great time together."

In the club, the rapper even persuaded Stone to wear one of his iconic ski masks.

"They’re on the same frequency and it’s a very unique friendship," the source said.

Their "unique friendship" has also spread to Instagram, with the rapper liking several of the actress's posts, including one of her painting watercolors, and her supporting his career updates.

Not so long ago, the actress showed her followers on Instagram that she has a lot of steam.

Over the recent years, Stone has occasionally said that she was looking for "someone who wants to have a caring and compassionate and loving relationship, like anybody else."