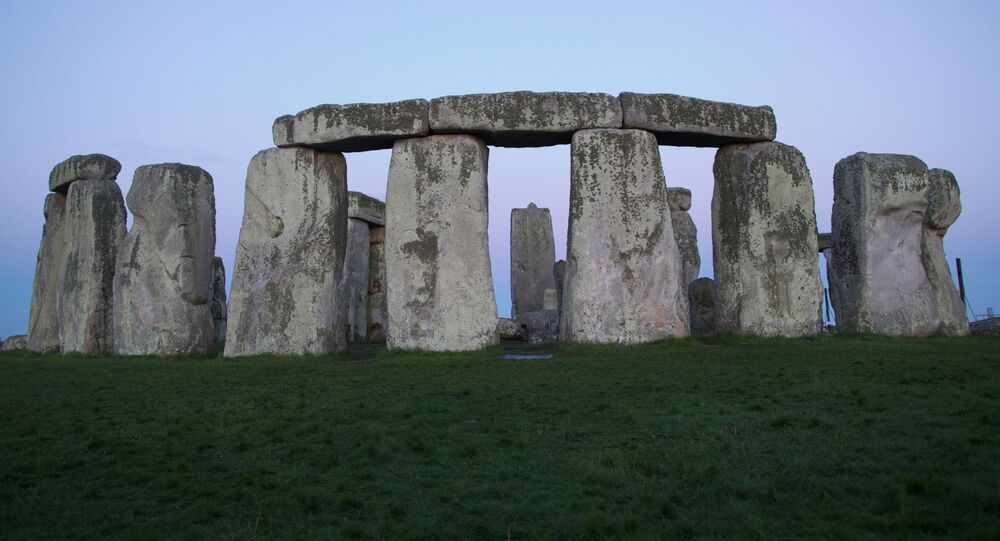 The sophisticated ancient megaliths in Wiltshire, England are not only one of the most iconic prehistoric monuments on our planet, but also one of the most enigmatic: historians and archaeologists still argue about how the monument was erected and what function it served.

There is little doubt that the some of the massive pillars at Stonehenge were brought from as far away as the Preseli Hills in Wales, but historians have long been puzzled over how Bronze Age people managed to transport them to Salisbury Plain. Welsh carpet fitter Steven Tasker believes he has an answer to the question.

The 66-year-old history enthusiast from Llanrhaeadr assumes that the cumbersome stones could have been carried by a special contraption, and to prove his point, he actually assembled one and uploaded a video of how the "long-forgotten" machine works on YouTube.

The curious device contains a circular board and wooden planks that can be pulled sideways to propel "wooden feet".

"It may look like something out of Last of the Summer Wine, but we've lifted a third of a tonne with it and theoretically it could move any weight", Tasker said.

The idea that such a machine could exist occurred to him back in 2004, when he was on a trip to Cairo and wondered if some of the ancient artefacts could have been used for a different purpose than generally believed, e.g. eye make-up jars could in fact have been a part of a machine that could help move objects.

Although the prototype, which he eventually built, stood idle in his garage for over a decade, things changed three years ago, when he shared his theory with Dr Campbell Price, curator at Manchester Museum, who was impressed by his "discovery" and encouraged him to continue perfecting the device.

"It is nice to have the support of the experts. I am not an academic but I am chuffed they like what I have done. The Stonehenge machine is really just an adaptation of what I think the Egyptians used", Tasker said.

To complete the machine, the Welshman drew inspiration from the Old Testament, which referenced a "vision of God being transported on cherubim, with four wings and feet shaped like the sole of a calf's foot" - not unlike his invention.

He believes that the stones were used as clocks, calendars, and temples and could have been carried from Wales to their present spot in a matter of months, seeing that the machine, if it was indeed used, could travel 2.4 km a day.