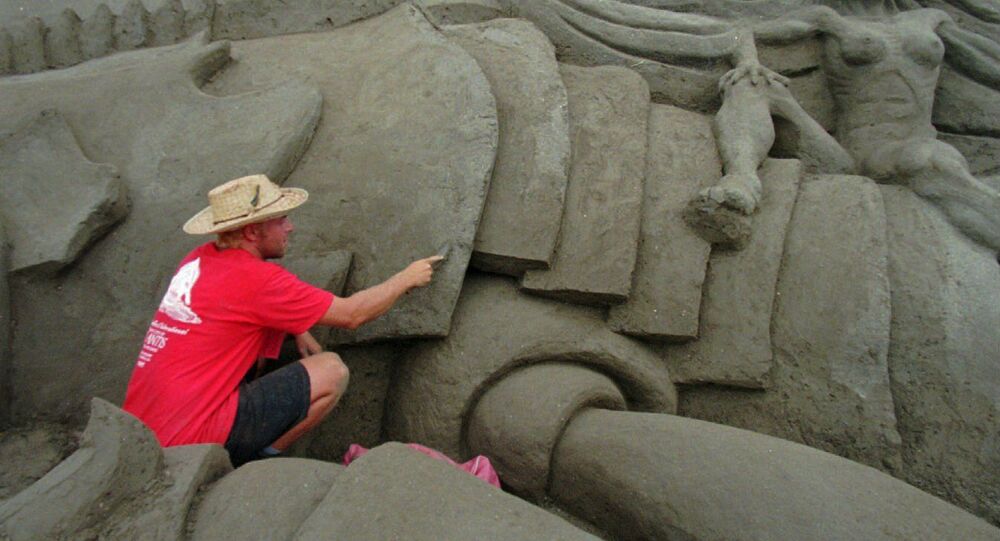 Around 4.8 tonnes of sand were used to create the record-breaking pandemic-themed masterpiece towering over a former fishing village in Denmark.

Proudly standing at 21.16 metres tall, one of the entries at the sandcastle festival in Blokhus, northwest Denmark, has set a new world record, the broadcaster TV2 has reported.

The work by an international team led by Dutch designer Wilfred Stijger edged out the previous world record of 17.66 metres set in Germany in 2019 by 3.5 metres, making it to the Guinness Book of Records.

Around 4.8 tonnes of sand were used to create the record-breaking masterpiece.

A remarkable feature of the sand used for sculptures is that it is made up of 10 percent clay in order to stick better. When the sandcastle is complete, an extra layer of glue is added to make it more sturdy.

Like many other huge sandcastles, it is shaped like a pyramid to prevent it from falling apart.

The castle is decorated with famous landmarks and symbols, such as fishing boats, surfers, lighthouses, and bathhouses. The sculpture also contains a reference to the fight against the pandemic, as a coronavirus bacteria has been symbolically placed atop of the castle – to illustrate how the deadly virus is ravaging the globe and preventing people from living their lives as they want.

The Guinness world record was measured by an authorised surveyor and signed by witnesses and will enter the book's next edition.

The Sand Sculpture Festival in the beach town and former fishing village of Blokhus, North Jutland, takes place every summer and is a popular international event and a major tourist attraction.

The Line in the Sand: Futuristic City Design Presented by Saudi Arabia