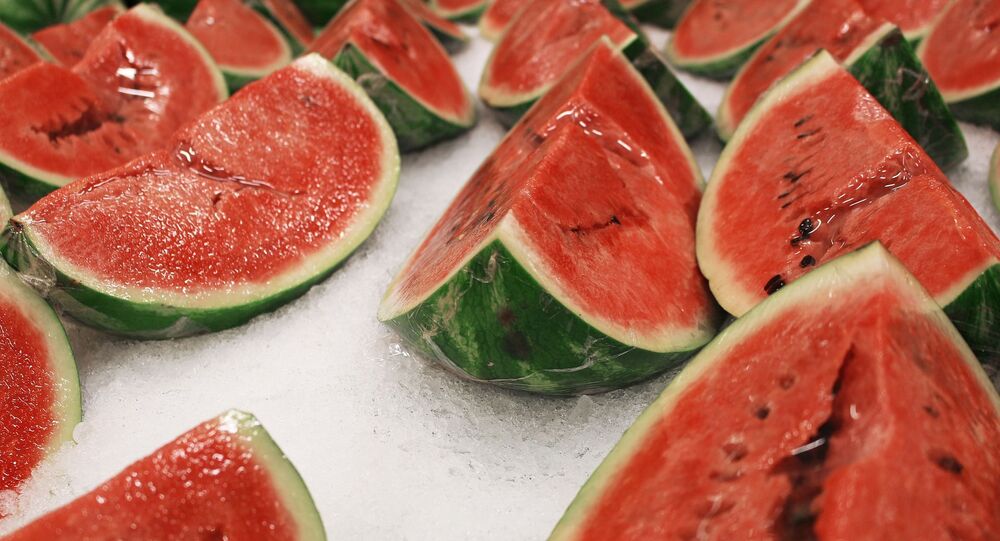 Better Than Manna: New Study Reveals the Origin of Melons Mentioned in Bible

Some people prefer to take Biblical texts somewhat literally, but while human nature remains the same, some things depicted in the sacred texts have drastically changed over the past thousand years or so - including the fruits and vegetables mentioned in the Bible.

Scientists have managed to trace the origins of the watermelons mentioned in the Bible, according to research published in the Proceedings of the National Academy of Sciences of the United States of America (PNAS).

"Using an integrative approach, we discovered that a Sudanese form of melon with non-bitter whitish pulp, known as the Kordofan melon, is the closest relative of domesticated watermelons and a possible progenitor", the study, led by Susanne Renner from Ludwig Maximilian University in Munich, suggests. "Our analyses imply that early farmers brought into cultivation already non-bitter watermelons, different from other domesticated Cucurbitaceae crops such as cucumber".

This melon, as well as the cucumber, is the one mentioned in Numbers 11: 5-6, when the Jews are disputing with Moses and demanding various meals after leaving Egypt.

"We remember the fish we ate in Egypt at no cost, the cucumbers and the watermelons, and the leeks, onions and garlic… but now we have lost our appetite; we never see anything but this manna!"

According to Renner, the fruit was depicted in a 4,300-year-old Egyptian tomb painting, making it the oldest-ever picture of a watermelon.

"The image was originally published back in 1912, but nobody had interpreted it as a watermelon before", the researcher told the Live Science website. Elsewhere, "another image shows the watermelon cut up on a tray alongside other sweet fruits, such as grapes".

Yet, she said that the genetic traces of the fruit came from further down the Nile, adding early farmers were selectively breeding for red varieties, which resulted in a difference from the wild — and white — Sudanese variety.