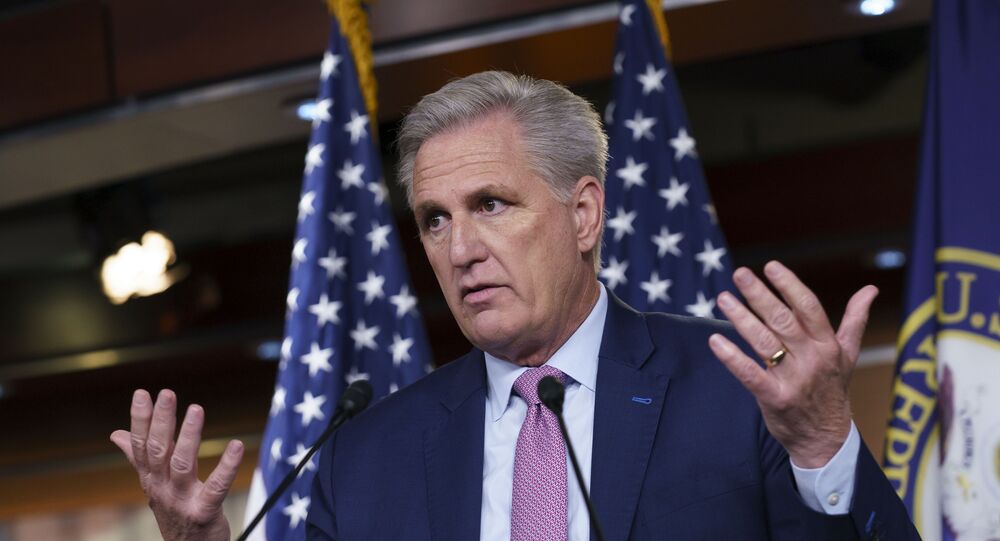 Fox News host Tucker Carlson recently prompted a media storm after claiming during a segment of his primetime show that officials within the US National Security Agency (NSA) were monitoring his electronic communications. Although the agency has denied the allegations, Republican lawmakers have raised their own concerns on the matter.

Weighing in on the latest Tucker Carlson drama, former NSA Director Michael Hayden skipped the niceties late Wednesday and blasted a newly-launched effort by Republicans in the US House of Representatives to investigate the intelligence agency.

At the time, US House Minority Leader Kevin McCarthy (R-CA) had announced earlier in the day his decision to call on the House Intelligence Committee to probe allegations that the NSA was spying on Carlson.

Sidestepping all sense in decorum, Hayden, made his feelings on the investigation known by quote-tweeting McCarthy’s release on the probe and calling the Republican lawmaker an “a**hole.”

To date, Hayden’s tweet has mostly received praise from netizens, with over 30,000 likes and nearly 6,000 retweets.

One user, Troy Headrick, commented that Hayden’s tweet was a “perfect use of your Twitter account,” whereas others went as far as calling the four-star general a “rockstar.”

Hayden previously served as the CIA director from 2006 to 2009, as well as the principal deputy director of National Intelligence between 2005 and 2006. The US Air Force general held his director position at the NSA from 1999 to 2005.

While McCarthy addressed Carlson’s claims in his quote-tweeted statement, the California representative also cited other issues he had with the intelligence agency in his reasoning for the probe, such as growing concerns that the department was becoming increasingly politicized.

“Given this disturbing trend, I’ve asked HPSCI Ranking Member Devin Nunes to investigate and find answers on behalf of the American people,” McCarthy noted in the release. “The NSA cannot be used as a political instrument, and House Republicans will ensure accountability and transparency.”

Although the NSA made the unusual move to publicly deem Carlson’s claims as “untrue,” the Fox News host has stuck to his allegations. During the Wednesday airing of his nightly show, Carlson threw his support behind the Republican-backed push for a congressional probe into the allegations.

McCarthy has yet to respond to Hayden’s late Wednesday commentary.