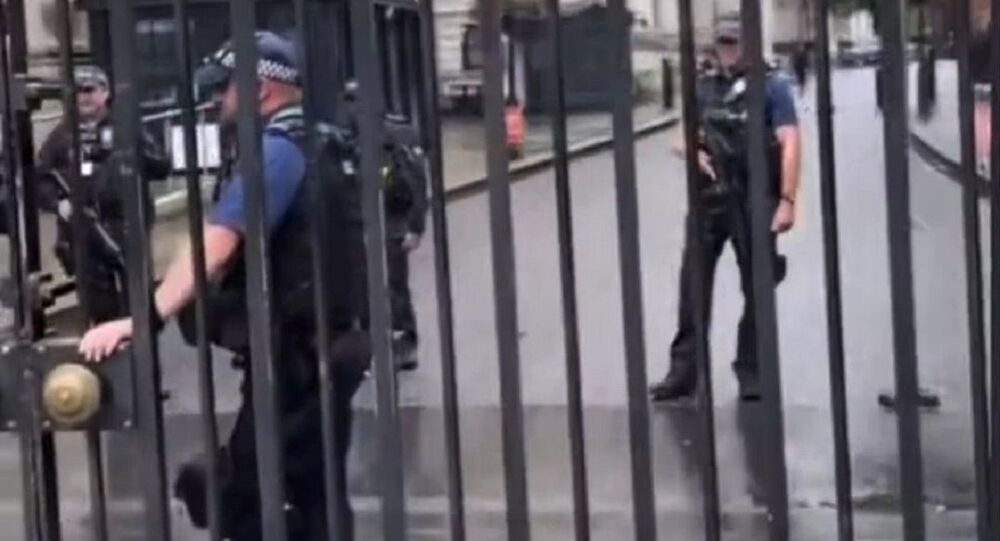 Matt Hancock's career and marriage were left in ruins after The Sun made an explosive revelation about the public servant's passionate extramarital affair with his aide that was captured on a hidden camera in his office.

In the short clip, police officers standing guard at Downing Street's gates were asked by a frolicsome passer-by whether Matt Hancock "was allowed to come out and play".

One of the officers, at first confused, quickly gathered his wits and jested that the official was "clearing out his locker" to the amusement of his colleagues and the passer-by.

Another policemen joked: "He's had his play already".

Hancock resigned after The Sun leaked a hidden cam video from his office: in the footage, he was seen passionately embracing and kissing his aide Gina Coladangelo. In the wake of the embarassing scandal, the 43-year-old politician separated from his wife Martha. Sajid Javid has since assumed the office of UK health secretary after Hancock's resignation.