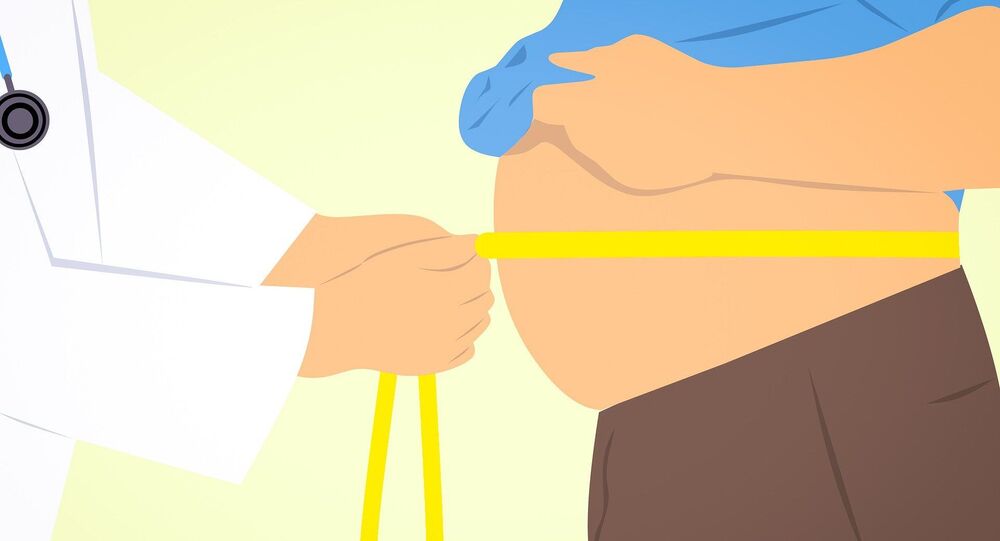 Remember that sarcastic friend, who said the best way to lose weight was to keep one's trap shut? Give him/her a call, because it appears British and New Zealand scientists have used the idea without asking for permission.

The world's first weight loss device is here…and judging by the reaction from people online nobody likes it, to put it mildly. According to a press release from Otago University, which was involved in the project, DentalSlim Diet Control is fitted into to a patient's upper and lower back teeth and uses magnetic devices to lock one's jaws shut, restricting them to a liquid diet.

Otago and UK researchers have developed a world-first weight-loss device to help fight the global obesity epidemic: an intra-oral device that restricts a person to a liquid diet. Read more: https://t.co/eLhXwipiqs pic.twitter.com/Of6v3uvVbX

​Patients are able to open their mouths about 2 millimetres, which according to the researchers allows them to speak freely and breathe. Participants in the trial lost an average 6.36 kg in two weeks and "were motivated to continue with their weight loss journey".

"It is a non-invasive, reversible, economical, and attractive alternative to surgical procedures. The fact is, there are no adverse consequences with this device", said Professor Paul Brunton, adding that the device can be removed by a patient in case of an emergency.

The creators of DentalSlim Control say their brainchild could be "particularly helpful" for people, who need to lose weight in order to undergo a surgery.

Despite the said pros, several female participants said they felt uncomfortable, were unable to speak, and felt that "life in general was less satisfying", the Daily Mirror reported.

"Holy s**t! This is a torture device", wrote one user.

A world-first and world-last, I sincerely hope. This is a torture device and you should be embarrassed to be promoting it, let alone to be associated with it.

​Others pointed out that there were different ways to lose weight and noted that researchers should have focused on other issues.

Or, you know, study how to have fat people get the surgeries they need, rather than artificially lower their weight very temporarily. How does that actually improve health?

That absolutely doesn’t make it better. There are ways to lose weight for surgeries when it’s necessary that aren’t wiring a fat person‘s jaw shut so they can’t eat

​Still others were concerned about emergency situations.

Not to be gross here but if someone vomits while wearing this they will choke to death or aspirate. Also bad for dental hygiene. Can't brush properly or floss. Bad idea all around.

​The researchers behind the project say their brainchild will help humanity gain the upper hand in the global fight against obesity. According to the World Health Organisation, 1.9 billion adults worldwide are overweight. The global health watchdog dubbed the rising obesity rates an epidemic.

According to the UK's National Health Service, more than one million people were hospitalised for obesity-related treatment in England alone in 2019, while in New Zealand one in three adults was obese.