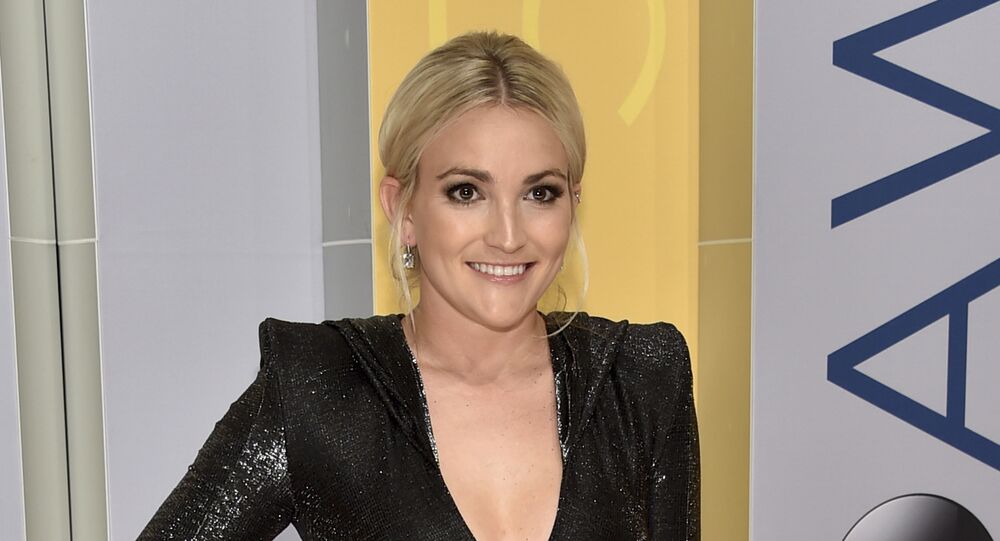 Jamie Lynn Spears, the sister of American pop icon Britney Spears, has faced intense backlash for her reluctance to speak out on the singer's conservatorship, that the singer requested be terminated. It does not appear, however, that Lynn's move to comment on the matter will free her of criticism.

Jamie Lynn Spears took to Instagram on Monday to finally offer her view of her sister Britney's conservatorship, saying that she supports the singer "100 percent" and was just waiting for Britney to speak for herself before commenting.

"I don't care if she wants to run off to the rainforest and have a gazillion babies in the middle of nowhere or if she wants to come back and dominate the world the way she has so many times before," Jamie Lynn explained in an Instagram stories video. "I have nothing to gain or lose either way. This situation does not affect me either way because I am only her sister who is only concerned about her happiness."

She insisted that she expressed her support to Britney personally, and not publicly, referring to a viral movement #FreeBritney aiming to spark public backing for an end to the conservatorship that the singer's father, Jamie Spears, has over her.

"I have made a very conscious choice to only participate in her life as her sister, as an aunt to those boys. Maybe I didn't support the way the public may have liked me to with a hashtag on a public platform, but I can assure you I have supported my sister long before there was a hashtag and I'll support her long after...note that", Jamie Lynn said. During the video, she can be seen wiping her cheeks.

“I can assure you I’ve supported my sister long before there was a hashtag, and I’ll support her long after.” pic.twitter.com/BTHBQbz1tD

​Jamie Lynn has faced criticism over her silence on Britney's battle to terminate the conservatorship, that escalated over the previous week when the latter insisted in court that it was her "dream" to end her father's custody.

Netizens continued their accusations against Jamie Lynn even after her video message, however, claiming that she "faked" her tears and slamming her for not filing to end the conservatorship.

“I have nothing to gain or lose”
“Paid my own freakin bills since I was 10 years old” - Jamie Lynn Spears
Then explains this ma’am!
Bad actress, bad singer, bad liar & no lips. pic.twitter.com/FvfDgTZmoC

Jamie Lynn Spears, if you really support your sister then file for a termination of Britney’s conservatorship. #FreeBritney pic.twitter.com/v8AzCZTG9T

Jamie Lynn Spears after she finished recording the video of her addressing Free Britney pic.twitter.com/g7fJAnkYqs

​The American pop icon, famous for hits like "Toxic", "Hit Me Baby One More Time" and "Oops I Did It Again" was placed under her father's conservatorship in 2008 after she appeared to suffer mental breakdowns. Last week, Spears took to the courts to terminate the custody, claiming that she has been subjected to multiple psych evaluations and medications, including lithium, that poorly affected her mental health.

The star also said that the "abusive" conservatorship prevents her from marrying her boyfriend and having a baby, asserting that an intrauterine device was placed inside her body to prevent her from pregnancy. Her court statements breathed new life into the #FreeBritney movement sparked by fans, celebrities, and other media figures concerned about her wellness.

'I Just Want My Life Back': Court Hearing on Britney Spears' Conservatorship