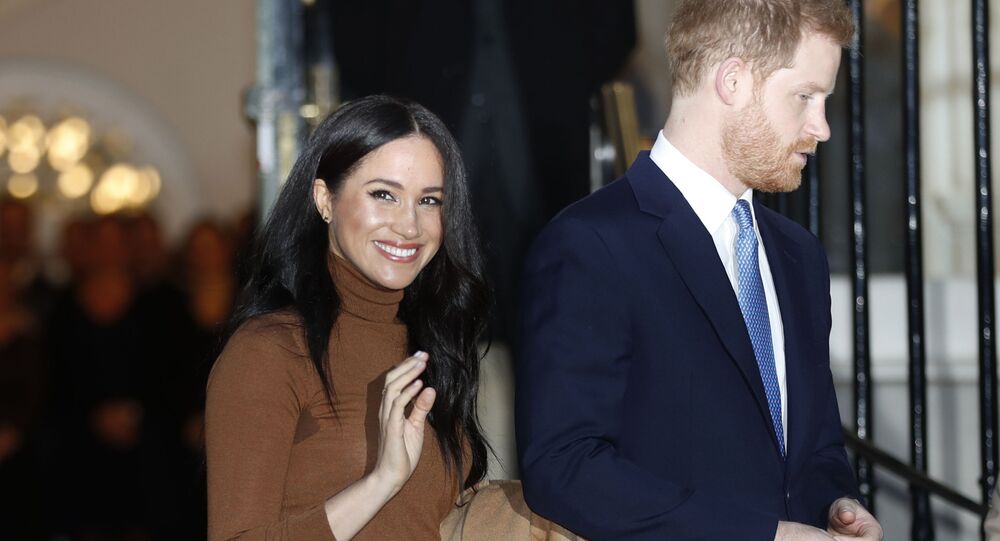 The Duke and Duchess of Sussex, who were also granted Earl and Countess of Dumbarton titles on their wedding day in 2018, claimed in their bombshell interview with Oprah Winfrey that their son Archie was deprived of his “princely” status by the "Firm," while some unnamed royals had “concerns” about his skin colour.

Prince Harry and Meghan Markle refused a title for their son Archie…because they didn’t like the fact it had the word “dumb” in it, multiple insiders have told The Telegraph.

According to sources, the duke and duchess feared that Archie would get bullied if he was called the Earl of Dumbarton – the Scottish nobility title which the Sussexes both have but don't often use.

“They didn’t like the idea of Archie being called because it began with the word 'dumb' [and] they were worried about how that might look,” one source told the paper.

Another added that it was not just the former actress who pointed out the title’s association with the “stupid” slang word, but also Harry.

In the wake of their wedding in 2018, the Queen bestowed the pair a bunch of subsidiary titles in addition to their main "Sussexes" one, with Prince Harry becoming Earl of Dumbarton in Scotland and Baron Kilkeel in Northern Ireland. In a similar fashion, his wife was titled Countess of Dumbarton and Baroness Kilkeel.

But a year after Meghan and Harry ditched the UK to start living “financially independent” lives in California, they said in a scandalous interview with Oprah Winfrey that Buckingham Palace officials were not willing to grant their future child a prince or princess title – something Prince William’s children have – while the duchess was pregnant with Archie. Meanwhile, Meghan added there were also “concerns and conversations about how dark his skin might be when he's born.”

The Sussexes, however, failed to mention that according to the protocol, this title will automatically be granted to Archie when his grandfather, Prince Charles, ascends to the throne. For now, it's only children of royals who are likely to sit on the throne who are given the title.

The pair also didn’t tell Oprah that they refused Archie's title of Earl of Dumbarton. Instead, they spoke widely about alleged racist inclinations in the palace and how Prince Charles cut them off financially after they left their senior royal posts last year.

After The Telegraph’s report was published online, Dumbarton’s MSP Jackie Baillie joked on Twitter that the news was really a “low blow” for her.

According to BBC host Nick Robinson, this was a really “dumb and dumber” situation – a reference to the iconic 1994 movie starring Jim Carrey.

Too late! 😂 I am reflecting on this low blow and will issue a full statement in the morning. In the meantime….. https://t.co/6mnCBivkdz pic.twitter.com/Wn9auz1ZvE

Harry and meghan are literally becoming memes 😂 dumb and dumber

The Sussexes' spokesman has declined to comment on the report and it’s not clear whether the purported concerns about Archie’s potential title were genuine. Officially, Harry and Meghan’s children are known to the world as Archie Harrison Mountbatten-Windsor and Lilibet Diana Mountbatten-Windsor – the latter is a nod to the Queen’s private family nickname.