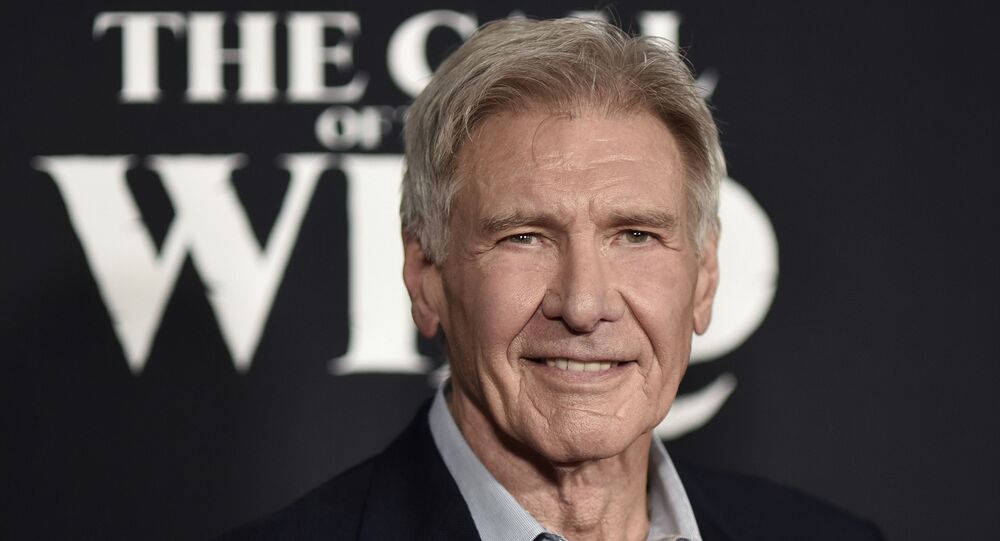 The actor has a long history of getting injured both on and off the movie set. Ford, who is still a huge box office draw despite his considerable age, previously hurt his leg during the filming of "Star Wars: The Force Awakens." Off-camera, he has also suffered significant injuries as a result of two plane accidents.

78-year-old movie star Harrison Ford suffered yet another injury during film production. This time he injured his shoulder while on the set of the fifth part of the Indiana Jones franchise, according to The Hollywood Reporter.

As the outlet stated on Wednesday, the injury is yet another setback following the start of production earlier this month, which had been delayed for nearly a year due to the novel coronavirus outbreak.

Ford was reportedly hurt while preparing for a fight scene. While filming will most certainly have to be rescheduled to accommodate his recovery, a Disney official quoted in the report stated that the picture will not be delayed at this time.

"In the course of rehearsing for a fight scene, Harrison Ford sustained an injury involving his shoulder. Production will continue while the appropriate course of treatment is evaluated, and the filming schedule will be reconfigured as needed in the coming weeks," a Disney spokesperson said.

This is not the first time that Ford has suffered an injury on the set of Indiana Jones. He previously hurt his back while filming "Indiana Jones and the Temple of Doom," the second installment of the film series.

For the first time since the fourth film, "Kingdom of the Crystal Skull," was released in 2008, the Hollywood legend is reprising his role as the legendary adventurer and treasure seeker.

Earlier this month, Actor Josh Gad shared a snapshot of Ford dressed for the role, demonstrating that despite his age, he still looks the part in his distinctive brown leather jacket and fedora.

However, Steven Spielberg will not be directing the film for the first time. Instead, James Mangold will helm the film, with Kathleen Kennedy, Frank Marshall, and Simon Emanuel serving as producers alongside Spielberg.

Ford will act opposite Phoebe Waller-Bridge and Mads Mikkelsen in the film. And in December, Disney confirmed that the picture will be released in theaters in July 2022.