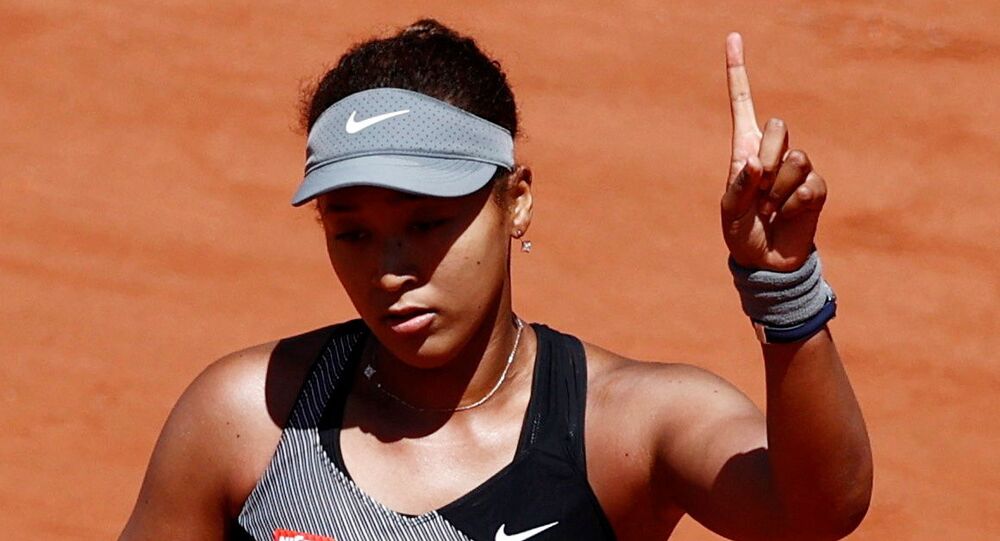 Osaka has not spoken publicly since May 31, with her decision not to do her press obligations at the French Open. The public outcry drove the world's highest-paid female athlete to withdraw from the event and return home, revealing her mental health issues.

In an Instagram post on Monday, the tennis player posted the cover of the fashion magazine as well as a few of the glamorous images included in the upcoming August issue.

"Hi guys. Popping out to post this Vogue Japan cover, hope you're all doing well and staying safe," she wrote to her 2.4 million followers.

And many of her celebrity friends, including Venus Williams, Nicki Minaj, and Saweetie, were quick to appreciate the post.

Other social media users, however, noted that the cover photo seemed to indicate that she was in fact comfortable with interacting with the media despite the apparent media blackout.

Oh so did she answer questions?

Looks really introverted and scared of through media, but I guess this eill make her money so she's okay with it

Thought she was depressed 🤭

I am glad that it looks like Naomi Osaka's mental health problem has been cured by Louis Vuitton and a Vogue cover page.

​The former world number one is dressed in Louis Vuitton and Nike sportswear, which is one of her sponsors, for the photo session. So some Twitterians figured the money from the shoot was helping the 23-year-old fight depression, which she talked about in a post announcing the decision to leave the tournament, citing introversion and social anxiety.

"I'm gonna take some time away from the court now, but when the time is right I really want to work with the tour to discuss ways we can make things better for the players, press and fans," Osaka posted in late May. "The truth is that I have suffered long bouts of depression since the US Open in 2018 and I have had a really hard time coping with that."

Osaka returned to her Los Angeles home earlier this month after flying back from Roland Garros following only one match.

© AP Photo / Seth Wenig
Naomi Osaka's Sister Says She ‘F***** Up’ by Defending Japanese Player’s Media Boycott
Officials fined Osaka $15,000 for refusing to appear in front of the media after her first-round match against Romanian Patricia Maria Tig and issued a statement saying that Osaka would face "more substantial fines and future Grand Slam suspensions" if she continued her boycott.

The tennis player announced she was withdrawing five days later. And last week, she quit Wimbledon.

According to the Daily Mail, Boris Becker, a former Wimbledon winner, was outspoken about the incident, saying that stars cannot take "half the cake," and that Osaka's future in sports could be jeopardized.

And, interestingly, Osaka's sister Mari argued on Reddit that the star did not want to be reminded of her clay-court record, which isn't as impressive as her grass-court performances.