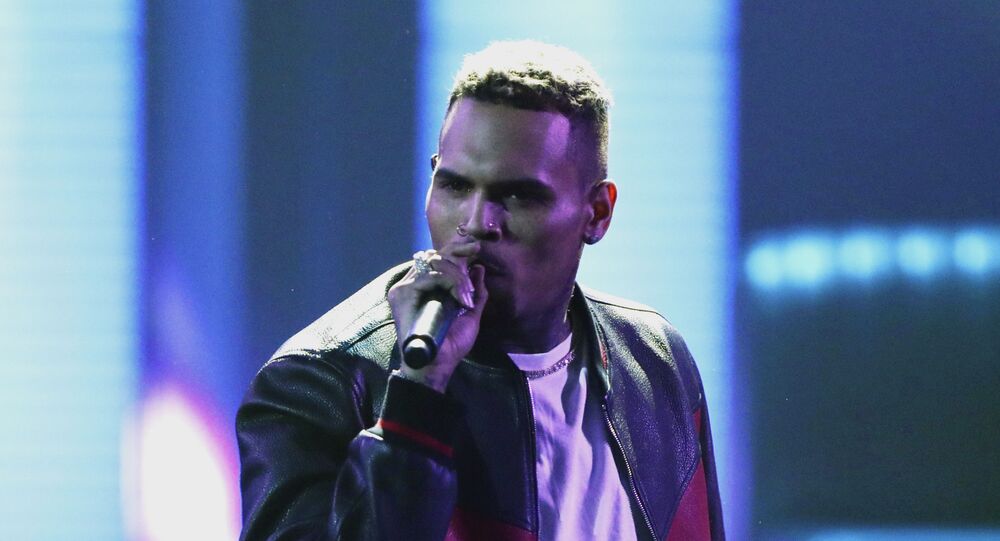 32-year-old Brown has had a string of legal issues dating back to 2009 when he was arrested for physically abusing his girlfriend at the time, singer Rihanna. In 2015, he completed his probation after pleading guilty to criminal assault.

Chris Brown, the Grammy-winning musician, is suspected of punching a woman during an argument at a Los Angeles residence on Friday, TMZ reported on Tuesday.

Officers responded to a report of an argument at a property in the 19600 block of Citrus Ridge Drive in the San Fernando Valley neighborhood of Los Angeles, according to the report, citing an LAPD spokesperson.

According to the spokesperson, the incident is being investigated as a battery and will be reported to the Los Angeles City Attorney's Office.

Although only a few facts have been disclosed, the victim woman reportedly claimed Brown slapped her in the head hard enough to cause her hair weave to fall out.

There were no injuries recorded, and it is unclear whether Brown will face prosecution.

Twitter users immediately reacted to the news, recalling the singer's past scandals involving a series of assaults and abuse.

And frankly, most of them were not surprised by the new accusations. Some even wondered how the string of scandals the singer has faced has not yet managed to ruin Brown's career.

"Chris Brown was accused of hitting a woman" pic.twitter.com/tNGZ56D9W3

men really wanna talk about double standards while literally laughing at the idea of chris brown hitting women, don’t ask for rights you don’t qualify for them pic.twitter.com/tp1PV5QNEq

men laughing and joking about chris brown hitting another woman ain't sitting right with me pic.twitter.com/FTw5SvAa9M

The fact that we let Chris Brown have a career after what he did to Rihanna... And people are surprised about him still hitting women to this day... I'm just so tired. pic.twitter.com/YMFwvhYkaj

​However, there were voices that, while not in support of Brown's character, nonetheless urged fellow Twitterians to wait for official information and details of the incident and avoid jumping to conclusions.

Common sense says if he has a history of abusing women, then why do the women keep going after him.
So I guess they shouldn't be held accountable for trying to be with a chronic abuser.

Waiting for tangible evidence. He was accused and arrested before (after Rhi incident), and text messages from the alleged victim proved it was most likely a set up. He's made himself vulnerable because HE IS a documented abuser,but he's still owed due process

Brown was released in 2019 after being jailed in Paris on charges of aggravated rape and drug offenses.