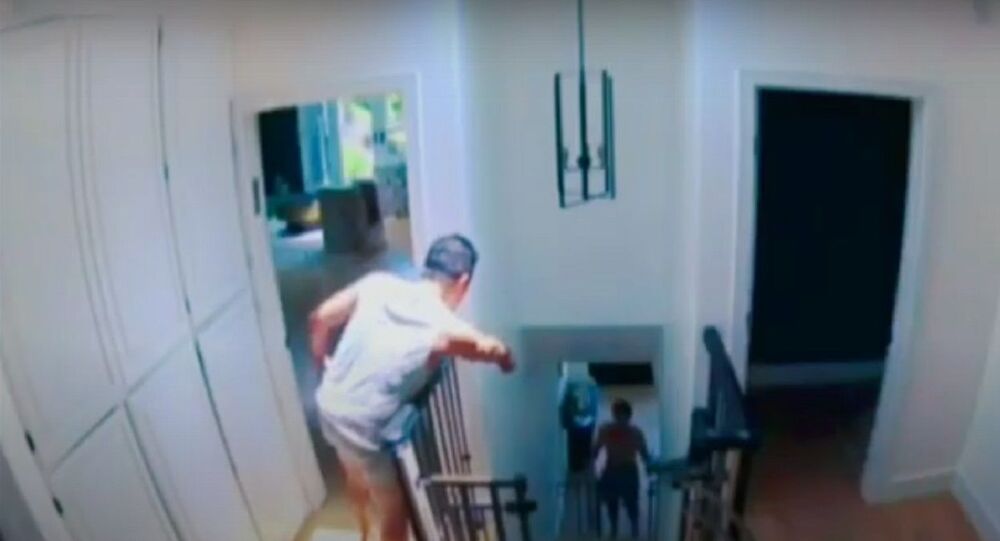 The intruder, who has since been arrested, entered the house through the garage after taking a door opener device from an unlocked car. He is being held at a Los Angeles County jail on $50,000 bail.

A blood-chilling incident disturbed the ritzy Bel Air neighbourhood in Los Angeles on Thursday afternoon after a naked man broke into the home of local resident Mat Sabz.

Sabz, who was home at the time, told Fox 11 that his wife had alerted him about the break-in after security camera footage showed the intruder.

The owner confronted the man, asking him what he was doing in the house, to which the trespasser bluntly replied: "This is my house".

In the meantime, the man started feeling completely at home: he had taken a swim in the pool and tried on Sabz's clothes.

The already bizarre situation grew even more disturbing after the intruder spotted two parakeets belonging to the family and brutally killed them.

"First he smiled at them like a serial killer. He put his hands near them, dropped them, and stomped on them. The other bird knew what was going on. You can hear the bird screaming and he did the same thing with the second bird. And that kind of changed everything when we saw that he killed these two defenceless animals", Sabz shared with Fox 11.

Unwilling to engage with him, Sabz then jumped off the balcony and contacted 911.

The police promptly arrived and arrested the man, who was identified as 34-year-old Paul Kiyan. He is now facing burglary and animal cruelty charges.

"Who knew what this man could have done to my family if they were home", Sabz said.