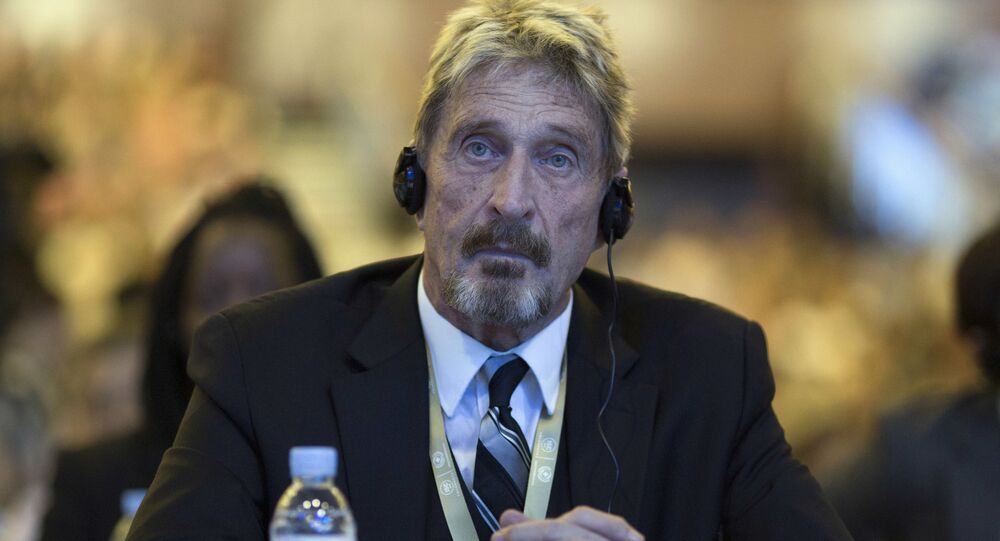 Antivirus mogul John McAfee was initially arrested in October 2020 in Spain on a warrant submitted by US prosecutors from Tennessee who charged the software entrepreneur with evading taxes.

John McAfee, the founder of McAfee antivirus software, testified in a Spanish court on Tuesday as part of his ongoing efforts to fight a potential extradition to the US, urging the courtroom that he will spend the remainder of his life behind bars if he is sent back to the states.

Citing the Spanish news agency Europa Press, the Associated Press reported that McAfee, 75, during a virtual hearing at the Spanish National Court testified that the charges laid against him in the US are politically motivated.

McAfee has been charged with tax-related criminal offenses that carry a potential prison sentence of up to 30 years. The charges specifically stem from McAfee allegedly failing to report four years of income that the software founder made from consulting work and speaking engagements, among other avenues.

An indictment, released by the US Department of Justice, alleges that McAfee's criminal offenses occurred between 2014 and 2018, and that McAfee attempted to "evade the [US Internal Revenue Service] by concealing assets, including real property, a vehicle, and a yacht, in the names of others."

The indictment was released moments after the US Securities and Exchange Commission revealed that it had brought civil charges against McAfee for leveraging "his fame" by recommending several cryptocurrencies between 2017 and 2018 that turned out to have zero worth. McAfee's misstep was that he also failed to disclose to investors that he was a paid promoter.

A Spanish judge is expected to announce a decision on the extradition case sometime within the next few days.

McAfee remained in Spain after a judge ordered that he be held while awaiting the outcome of the extradition case.