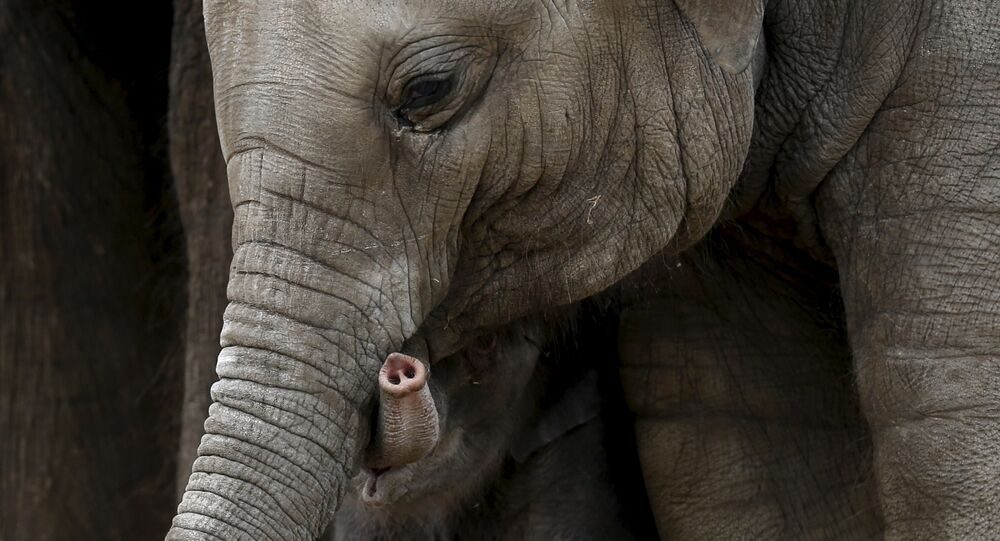 Media reports say the animals left their reserve, located near the border with Laos and Myanmar, in March of last year. Since then, they have walked over 300 miles. Local scientists say they don’t know where the creatures are going or why.

A herd of 15 Asian elephants has become the latest star on Chinese social media, The Wall Street Journal reported. The giant animals that have been roaming through towns and villages in the southwest of the country became famous after a photo of them napping following a long day of travelling went viral.

A herd of elephants in China was spotted taking a nap after walking 300 miles off their reserve.

Police blocked roads to stop them reaching cities. Experts say the elephants may have been displaced by humans destroying their forest habitat and "got lost."

​Since then, the nation has been transfixed by the mammals, closely following their journey on television and social media. Like all reality shows, this one is full of dramatic events. Two members of the herd left it in April and reportedly returned home. However, they were replaced by two calves that were born earlier this year. One of the calves fell into a ditch twice and had to be rescued by its mother, who pulled it out using her trunk.

Local reports say that during their journey, several of animals got drunk after imbibing alcohol, while others developed a taste for sugar canes, which experts say makes the mammals high.

​The giant animals often break the law when searching for food. They have broken into homes and hangars storing crops, while last week they forced their way into a nursing home. "I couldn’t escape through the window, so I hid under the bed", said a resident named Yang Jiaxin.

According to Xinhua news agency, the damage done by the herd is worth $1.1 million. China’s state broadcaster published what it said was an "exclusive interview" with one of the elephants, who apologised for the havoc the herd has wrought, The Wall Street Journal wrote.

"I’m not finding excuses…but we are so big. Sometimes we cannot avoid stepping on things", the animal said, as quoted by the outlet.

Authorities have established a 24-hour centre to monitor the elephants. In order to prevent further damages and potential injuries, Chinese authorities have barricaded roads with trucks and attempted to make the elephants stay away from populated areas, luring them with food. However, they have not always succeeded.

Mystery Behind the Journey

As mentioned earlier, the elephants have trekked more than 300 miles, the first time an elephant herd has travelled so far, experts say. Researchers are baffled, saying they don’t know why the pachyderms embarked on their journey or where they are going.

One of the possible reasons is that their leader lacks experience and led the group astray. According to another theory, a recent solar storm may have awakened the elephant’s inner compass, which in turn "told" them to migrate.

However, many researchers fear that human encroachment on the animals' natural habitat, which has been replaced by plantations, made the herd migrate. Local news agency Xinhua reported that the population of Asian elephants in China has ballooned from 180 in the 1980s to around 300 this year. Meanwhile, their habitat continues to decrease, leading to a dwindling food supply, experts say.

"The increase of human-elephant conflicts reflects the urgency for a more strategic policy and plan to protect these endangered wild animals and their natural habitats. This also poses a great opportunity to educate the public about the challenges that wild animals face for survival and the need for better protection from a government, industry and society level. These animals belong in the wild. We need to keep a safe distance from them, which is good for us and the wild animals", said Evan Sun, a wildlife campaign manager with World Animal Protection.