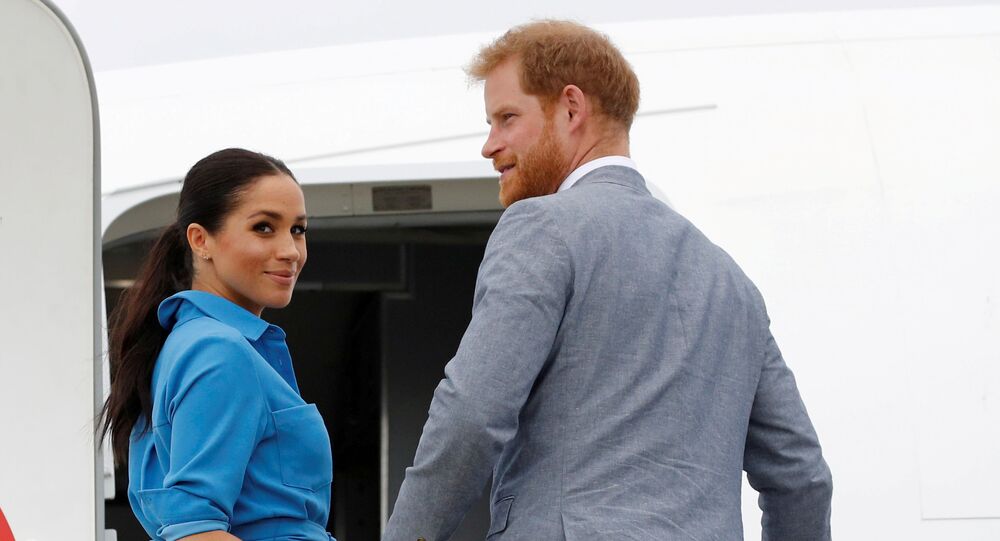 Prince Harry and Meghan Markle named their baby daughter, who was born on Friday, Lilibet ‘Lili’ Diana Mountbatten-Windsor in a tribute to the duke’s late mother the Princess of Wales and Her Majesty Queen Elizabeth II.

The Spectator columnist Julie Burchill has landed in hot water after joking that "racial justice warriors" Prince Harry and Meghan Markle could have picked another name for their newborn daughter – "Georgina Floydina" – in a nod to African-American man George Floyd who died in police custody last year.

In a Sunday tweet that went viral due to its controversial nature, Burchill joked that the Sussexes “missed an opportunity” by calling their daughter Lilibet Diana.

“They could have called it Georgina Floydina!” she wrote, only to be slammed as “racist” for disrespecting both the baby and George Floyd.

Floyd died on 25 May 2020 after white police officer David Chauvin kneeled on his neck for over nine minutes during his arrest, sparking a wave of worldwide protests last summer under the Black Lives Matter slogan.

Burchill responded to her critics: “I called the baby IT as a nod to non-binary bo****ks – and if you think you can make me respect a violent criminal who once held a gun to a pregnant woman’s stomach, you’re in for a VERY long wait.”

As on Tuesday, Burchill’s Twitter account was disabled and her previous tweets were made unavailable. It's unclear if she's been banned or took some time off from Twitter.

She was previously under fire for making “racist and misogynist” comments against activist and journalist Ash Sarkar, eventually apologising to the woman and agreeing to pay her “substantial damages.”

"I was hoping for Doria Oprah, the racist rotters,” Burchill joked in response.

"Doprah?" Toch allegedly replied, although her tweets have now been deleted.

Oh, and shout out to family law barrister @Joannatoch who replied to that tweet with her own - since deleted - offerings that had all the creativity and finesse you'd expect from an 8-year-old.

Now apologising swiftly and unreservedly as you'd expect from a legal professional. pic.twitter.com/fvas1JDYMS

It’s all “let’s be racist against a new born baby” when you’re down a couple of glasses of wine on a Sunday evening and then suddenly “These Tweets are protected” when you face the consequences in the morning @Joannatoch pic.twitter.com/ZCUNXq7rvt

The lawyer later “unreservedly” apologised for her comments, saying that she has “fought during my professional life against racism which is abhorrent.”

However, her Twitter account has also since been deactivated, while her employer announced an “internal review” into the barrister’s “offensive” and “unacceptable” comments.

Lilibet ‘Lili’ Diana, born on 4 June at Santa Barbara Cottage Hospital in California, was named after her great-grandmother Queen Elizabeth II, who was called "Lilibet" by her close family when younger.