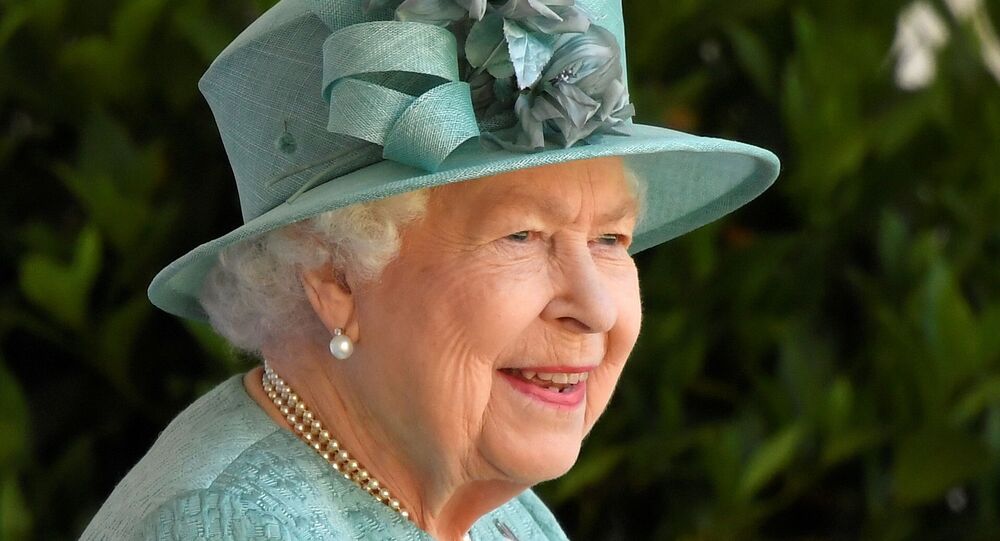 Queen to Be 'Desperately Unhappy' With Sussexes' Name for Baby Daughter Amid Scandals, Author Claims

The British Queen Elizabeth II would be "desperately unhappy" that Harry and Meghan chose her "very private" and "special" nickname Lilibet for their second child, after the Duke and the Duchess of Sussex were so "rude" to her and the Royal Family, the royal biographer Angela Levin said on Monday.

Speaking at the Good Morning Britain show, Levin said that the Queen will be displeased, even although others argue that the Sussexes' tribute is an olive branch to the monarch after months of "truth bombs," such as accusations of racism against the royal family.

"Not after what’s happened, I think she’s desperately unhappy because they were desperately rude about her. I don't think it's a good idea. I think it's quite rude to her Majesty the Queen," Levin said when asked if the Queen would be happy about the given name.

'I think it's quite rude to her Majesty the Queen.'

She tells @susannareid100 & @richardm56 that using the Queen's 'private nickname is quite demeaning.' pic.twitter.com/yCED8Ti2A5

"It was a very private nickname from her husband who hasn't been dead for very long. Prince Charles would never dream of referring to his mother as Lilibet. He's never used it - it was a special name, especially for the the Duke of Edinburgh," she added.

She went on to say that the Sussexes' usage of it was "demeaning."

The name Lilibet was given to the Queen by her grandpa, King George V, because the then little princess could not pronounce her name Elizabeth, and it was also used by her late husband, Prince Philip, until his death this year.

According to the New York Post, the Queen's father, King George VI, at one point even declared, "Lilibet is my pride. Margaret is my joy."

The journalist, who was also present at the show, Afua Adom, replied to Levin by saying "To say the Queen would be unhappy is frankly ridiculous. It’s a bit of a nod to Meghan’s mother Doria as well, her nickname for Meghan is flower."

She added that she rather believed the name was "a nod of affection" towards the monarch.

However, among those who support Levin's point of view is Piers Morgan, who left the show after declaring he did not believe a word Meghan said during her shocking Oprah interview in March, and called the name "ironic," given the couple's weeks of "trashing the Royal Family and the monarchy."

According to another report, Prince Harry asked the Queen for permission to name his daughter Lilibet, as sources reportedly said that Harry called Queen Elizabeth II before his wife, Meghan Markle, gave birth.

© AP Photo / Paul Edwards
Olive Branch or PR Stunt? Harry & Meghan's Baby Girl Already Caught in Storm of Controversy
The birth and the name controversy come after the Sussexes made a number of shocking accusations about the Royal Family and concerns about royal life during stunning interviews with Oprah Winfrey over the past few months.

With their interview with Oprah in March, Meghan and Harry threw the Windsors into disarray, accusing an unnamed royal of making a racist remark about their son Archie's skin tone and that the royals neglected to help the Duchess when she was suicidal. They refused to identify the royal who made the purported comment.

Last month, Harry spoke to Oprah about mental health for Apple TV+, implying that his father, Prince Charles, had allowed his children to "suffer" because of his own poor experience with the media.